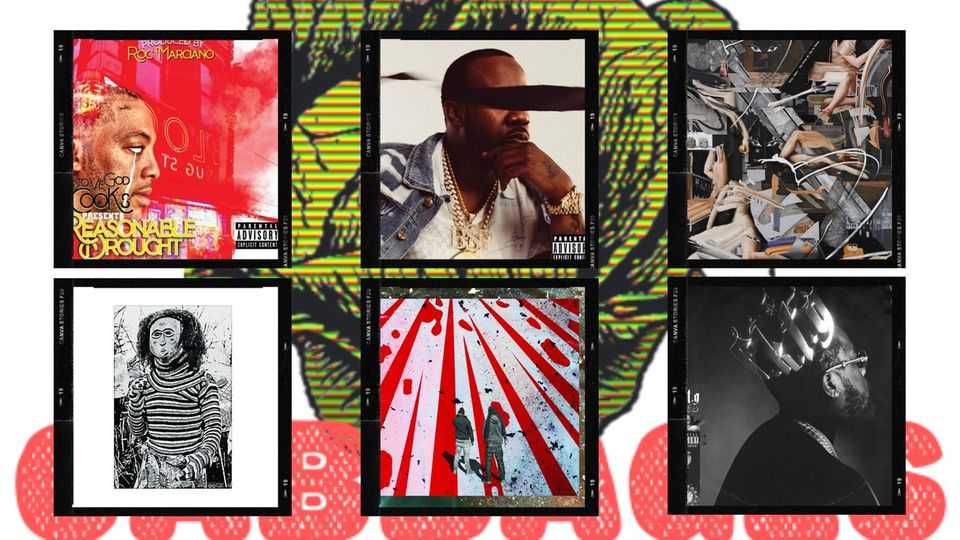 This newsletter marks the thirty-eighth installment of Irregular Vegetables, a (semi-) weekly series of CABBAGES emails where I share links to recent writings from other hip-hop/rap journos and critics, squeezing in my own work as I see fit. These midweek editions hit inboxes on Thursdays. Enjoy this week’s reads and keep scrolling for the results of the first ever CABBAGES Readers Poll.

In the past few years, Carti has picked up the experimental rap torch from artists like Young Thug and run with it in his own direction. Thug inspired a whole era of rappers to prioritize eccentric melodies and innovative vocal deliveries, but Carti took a sharper left turn than any of his peers. The baby voice in particular is a step no one else thought to take, and according to people who have heard the unreleased music he’s working on now, Carti is pushing his sound into even stranger places. (Read more at Complex)

2020 Was The Year Female Rappers Dominated

For a brief period in May, four Black women—Nicki Minaj alongside Doja Cat on "Say So" and Beyoncé alongside Megan Thee Stallion on "Savage" — occupied the top two spots on the Billboard Hot 100. That two-week span marked historic moments for Nicki, Doja and Megan, all of whom scored their first No. 1s, and for "Say So," which became the first single by two female rappers to reach the top of the chart. Cardi B later joined their ranks with her fabulously naughty collaboration with Megan, "WAP." Of course, these measures and milestones fail to capture the dynamism of women in rap as a whole, a renaissance of sorts which has only seemed to grow in enthusiasm and breadth since Cardi's first historic run in 2017. (Read more at NPR Music)

Offset Turns A New Page At 29

“Before, my mistakes in life held me back from being a part of voting and being able to have a voice in the community,” he said. “Being able to vote opened my eyes up to letting the world know that we should do this. We should participate in it because it actually changes things. Ain’t nobody telling you you should vote for the senators because they make the decisions, while the president is really the face of the country— being educated on voting and who really makes the big-dog decisions, nobody [taught] that in [our] school.” (Read more at GQ)

In a year marked by discourse about Breonna Taylor and about the simultaneously sought-after and ignored electoral bloc of Black women, Megan turned “protect Black women” into a rallying cry, articulating a liberatory politic with concerns beyond aesthetic representation. The confluence of her experiences stood in for urgent ideas bigger than herself: about gendered and racialized encounters with violence, creative expression, and autonomy. (Read more at Pitchfork)

An Interview With Fatboi Sharif And Roper Williams

When I asked Roper about what makes Fatboi such a special rapper, he explained that Sharif picks beats that no one else would dare rap over. Whether it’s trained or genetic, Fatboi Sharif simply approaches song construction and rhyme patterns from a different POV than anyone else in the game. There’s an intricate logic to the way he maps his bars, but it’s also fluid enough to approach in a casual setting. This is PhD level stuff but freshmen help create the syllabus. (Read more at Albums I Can't Write About For Profit)

John Fletcher, A.K.A. Ecstasy Of The Group Whodini, Dies At 56

Whodini dressed with flair: leather jackets, sometimes with no shirt; flowing pants or short shorts; loafers. And most crucially, Mr. Fletcher’s flat-brimmed leather hats, which became his signature look, inspired by a wool gaucho he saw in a shop on Myrtle Avenue in Brooklyn that he had remade in leather. Before long, he had several. (Read more at the New York Times)

You voted. I sorted. Here are the results of the first ever CABBAGES Readers Poll.

07. Benny The Butcher, Burden Of Proof

06. Conway the Machine, From King To A GOD

05. Boldy James and The Alchemist, The Price Of Tea In China