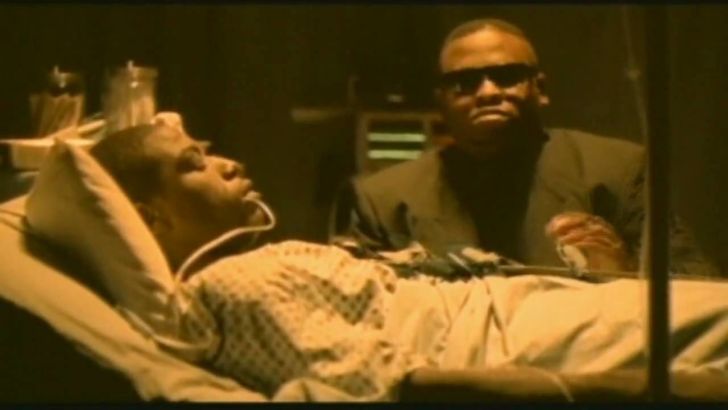 Scarface, “I Seen A Man Die”

Scarface tells it like it is, let no one tell you otherwise. Whether with the Geto Boys or on his own, the Houston rapper put his hardest truths and deepest thoughts on wax throughout the 1990s. During this prolific period, he told one of the realest stories he could with this unlikely hit single from 1994. But beyond the central narrative of an ex-convict reverting to his old ways with ruinous results, the lyrics reached philosophical heights as the rapper ruminated on mortality. So many of those who criticized the genre for vulgarity, simplicity, or buffoonery at the time missed the mark by overlooking the day-to-day horrors evoked by this music and derived from the tragedies these artists had witnessed, experienced, and even facilitated.

This newsletter marks the thirteenth installment of Irregular Vegetables, a weekly series of CABBAGES’ emails where I share links to recent writings from other hip-hop/rap journos and critics, squeezing in my own work as I see fit. These midweek editions hit inboxes every Thursday as we all self-quarantine and try to protect the most vulnerable among us from COVID-19. No Q&A this time, so just go and enjoy this week’s reads.

After the 1992 uprising in Los Angeles, which began with the acquittal of the police officers who brutally beat Rodney King, rap became a target. The government used claims of vulgarity and violence to qualify their censorship and monitoring of the genre, but they really feared the rage and frustration behind songs like N.W.A.’s “Fuck tha Police.” They were desperate to keep anti-police sentiment from spreading and frightened that these candid retellings of the Black experience would reveal that the police state was the real issue. To this day, explicit protest songs have a place in the rap community; one of hip-hop’s biggest accomplishments of the last decade was Kendrick Lamar’s ‘To Pimp a Butterfly,’ a celebration of Black life and art in the face of the powers that fight against it. (Read more at Pitchfork)

When Will There Be A LGBTQ Renaissance In Rap?

This isn’t to say that there aren’t queer rappers in the industry who get noticed. Young M.A, Chika, and Big Freedia have thousands of supporters of their work. There’s also Le1f and Brockhampton’s Kevin Abstract (who are both gay), Angel Haze (who is openly pansexual) and Mykki Blanco (a trans woman), who represent their communities while letting their talents take center stage. But despite their abilities, they’re not catapulted into as many mainstream conversations, because as we know, certain artists receive precedent and popularity over others. (Read more at The Root)

When Sony unveiled its $100 million fund in the wake of Black Out Tuesday, the company made no mention of retooling its contracts to be more equitable to Black artists. Neither did Warner or Universal. “It shouldn't be difficult to own what you create,” Fly Anakin, who co-runs the Richmond hip-hop label Mutant Academy, told VICE. “Make it easier to be partners versus owning us… Versus treating us like your fucking cattle.” (Read more at Vice)

After struggling to bounce back from his 2016 support of Donald Trump’s election campaign, Kanye seemed to lean into his association with Trump’s cabal. He began sporting Trump’s “Make America Great Again” caps while promoting the albums from his GOOD Music label’s so-called Wyoming Sessions. When the release parties for those GOOD Music projects received more attention than the underwhelming albums themselves, Kanye became a choir leader. When he flubbed the release on his first “gospel” album, he promoted another one. When that one failed to reconcile him to the good graces of the public and the press, he pivoted to glorified Easter pageants billed as “opera.” (Read more at Uproxx)

Diverging perspectives align to paint a fuller picture. Where Flavor Flav tempered Chuck D’s academic outrage with accessible humor, and No Malice played remorseful angel opposite Pusha T’s devilish snarl, Run the Jewels balances out Killer Mike’s pointed, personal politics with El-P’s pragmatic nihilism, gallows humor, and apocalyptic beat-making. The world their music depicts is gruesome and hyperreal, dramatic but also not far off from where we’re headed. Each album is a two-player journey through the dark depths of American carnage. (Read more at Vulture)

“I had a year where I had a falling out with an artist that was very close to me. Since then, we’ve amended things. Sometimes you don’t see eye to eye, and it happened. I had dedicated so much time and energy in my career to this one artist, and he was the biggest artist I had at the label at that time. When we had our falling out, there was nothing else going on at Cinematic, it was just him. That year was a hard year for me. Basically, that year of having nobody calling me… The phone stops ringing when you’re not hot. I’ll be the first to tell you. For a year, nobody was hitting me. When you’re not in the mix, you get forgotten about.” (Read more at DJBooth)

Gangsta Gibbs comes strapped with a full clip of flexes on “Baby $hit”; he’s draped in a Versace robe flaunting Louis Vuitton luggage and fucking NBA baby mamas: call him when they play the Lakers. Freddie Kane’s new normal includes flying out Australian models for threesomes and cooking coke as he’s changing diapers. It’s a colorful way to show how far Gibbs has come from being dropped by Interscope Records and getting hassled by DEA agents back in the day. (Read more at HipHopDX)

In the years following The Ecstatic, however, Bey’s output slowed considerably, which meant Pres’s work did, too. That is, until a twist of fate brought him back to Hong Kong five years later. “When I moved [to Hong Kong] in 2014, my wife’s work brought us there,” he says. The couple made the city their home for three years; in the first, Pres provided the beats for ‘Days with Dr. Yen Lo,’ an album by the celebrated New York rapper Ka, loosely centered around Chinese medicine. Ka’s approach to hip-hop—a sound deeply indebted to the dusky, boom-bap sound of the genre’s Golden Age—was experiencing something of a rebirth, a revival that helped plant the seeds for Pres’s next project. (Read more at Bandcamp)

Chinese Rappers Are Chasing Clout Through Hip Hop Culture, So Why Won’t They Do More For Black Lives Matter?

In particular, the U.S. and China-based company 88rising, which manages prominent Chinese rap group Higher Brothers, has come under fire from critics who say it hasn’t done enough to acknowledge its artists’ debt to Black culture. One of the most prominent critics has been New York-based Chinese rapper Bohan Phoenix (pictured), who facilitated Higher Brothers’ signing with 88rising. He specifically tagged the company and its star group on Instagram last week in an open call to “Asian friends who make money by means of black culture,” urging them to donate to groups fighting systemic racism. (Read more at Variety)

Wiley On His Final Album: 'I Need To Not Let Grime Die On The Way Out'

“Boasty”’s global commercial success was set to lead to something equally triumphant – a dancehall-heavy, Atlantic-straddling album of big-name collaborations called Full Circle, due for an autumn 2019 release. In August, he revealed the all-star track listing, featuring guest spots from Nicki Minaj, Popcaan, Future and Beenie Man. But only a fortnight later the project seemed to be in serious jeopardy, with Wiley claiming on Twitter that Drake had blocked the use of a verse by his Ovo label signee Popcaan and that Minaj was “going to start her family”. The album never materialised. He won’t be drawn on the specifics of who nixed Full Circle – the blame goes far wider than Drake – but it has left him weary of anything but total independence. (Read more at The Guardian)

Robert Ford Jr., An Early Force In Hip-Hop, Is Dead at 70

At the time, Mr. Ford, who was known as Rocky, was writing about black music for the trade magazine Billboard when he received a tip from a co-worker about a curious trend in vinyl sales. He traveled to the Bronx to meet with Kool Herc, the D.J. now regarded as one of hip-hop’s fathers, to learn more. Mr. Ford’s article, titled “B-Beats Bombarding Bronx: Mobile DJ Starts Something With Oldie R&B Disks,” ran in the July 1, 1978, issue of Billboard and is considered to be the first coverage of hip-hop’s germinal era in a mainstream publication. (Read more at The New York Times)