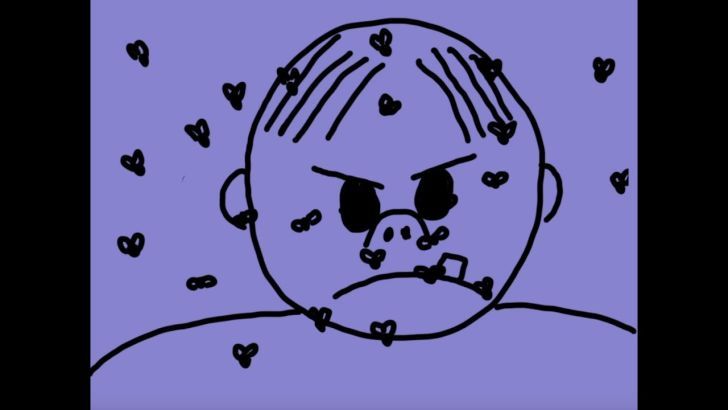 Irregular Vegetables is a weekly series of CABBAGES emails where I share links to recent writings from other hip-hop/rap journos and critics, squeezing in my own work as I see fit. These midweek editions hit inboxes every Thursday. Enjoy this week’s reads and keep scrolling for another edition of Crudites, in which I recommend three new singles/videos from some hip-hop artists you may not be familiar with yet.

It’s often said that Black women are fighting two wars based on the intersections of race and gender. Misogyny is institutional oppression against women at large, but misogynoir is the dehumanization of Black women perpetuated through individual, societal, and cultural violence toward Black women. Until men in hip-hop show genuine support and investment for Black women in hip-hop, Black women will never be granted justice, not even in death. (Read more at Harper’s Bazaar)

The South Is Rap's Past, Present And Future

The notion of "coastal elites" has taken on a particularly loaded connotation in the Trump era, but the lack of acknowledgement of the ways in which life differs outside the progressive East and West corridors is real. That tension comes to bear in hip-hop, much the way all facets of life, for better and worse, are exposed and exaggerated within music and the mechanisms that power it. There's long been a dismissal of Southern rap that's rooted in a kind of respectability politics that mirrors that of anti-Black racism and white classism — Southerners, and by extension their contributions to rap, are often treated as though they are anti-intellectual and unsophisticated. It's rarely considered that Southern rap sounds the way it does as an aesthetic decision rather than due to inability. (Read more at NPR)

Nothing has contributed more to Flo Milli’s success than the opening rhyme scheme on “Beef FloMix.” She raps with the disarming, cutesy facetiousness that has become her trademark. It’s playfully schoolyard, a cool girl’s “na-na na-na boo-boo”–style taunt; it’s a mantra and a meme all in one. “I like caaaash and my hair to my ass! / Do the dash, can you make it go fast?” she asks. “Fuck the fame, all I want is them bands / If she keep on muggin’, I’ma steal her man!” The lines are punctuated with single-word ad-libs, like audible notebook-paper scribblings passed during class. (Read more at Vulture)

It started in early July, when a video of rappers 50 Cent and Lil’ Wayne talking about dating “exotic”—i.e. non-Black—women made the rounds, prompting a Twitter user to ask which rappers, aside from Snoop Dogg, are married to Black women. Another user replied with a list of names: Jay-Z, 2 Chainz, Gucci Mane, Chance the Rapper, Ludacris, Kendrick Lamar, Big Boi, Killer Mike, and more. Talib Kweli was also included in the list.On July 9, Moody responded, writing, “Literally almost all of them are married to lightskinned women but that’s a conversation for another day.” Moody’s offhand comment hinting at colorism in the Black community soon spiraled. (Read more at Jezebel)

In a world where Warhol and Basquiat prints are slapped on t-shirts ad nauseam, little feels sacred. But for McKee, once money enters the conversation the purity of the craft begins to feel diluted. This helps explain why the artist — who has cross-stitched jackets for stars like Chance the Rapper, Saba, Vic Mensa, Katrina Tarzian, Joey Purp, and Lil Yachty — won’t accept cash for her pieces. Instead, she prefers to trade her craft for a specified amount of a certain artist’s time. (Read more at Uproxx)

Jah-Monte Rethinks His Place In the Local Hip-Hop Scene

Another thing he’s beginning to have second thoughts about is the “Best Rapper in Charlotte” moniker that he’s laid claim to for years, even as he’s done everything to prove it a credible claim. The September album was originally going to be titled ‘King of Charlotte’, he says, but he’s walked that back after deciding it “would be the worst idea.” He says that the folks who take the most offense to the claim are always the ones he has the most respect for, like when New Jersey rapper CRIMEAPPLE called him out for it on Twitter. His feelings on that are part of a broader issue he’s had with social media, where he posts critically on things he feels passionate about — including Queen City Nerve’s hip-hop coverage at times — only for folks to take it personally and hold it against him. (Read more at Queen City Nerve)

Lil Peep’s success came at the intersection of darkness and simplicity. The way he shouts through the “witchblades” beat makes this a perfect song to lose yourself within after a day of angst. In the months before I was properly medicated for Bipolar II, I would listen to “witchblades” in the dark of my old-old apartment, much to my roommate’s dismay, and find glimmers of hope in the way Peep appeared free on camera. “When I die, bury me with all my ice on” began to ring through my head as the days dragged on before my fateful meeting with my now-psych. (Read more at DonnaCWrites)

Benny The Butcher Is On Fire; Now He’s Trying To Put His BSF Crew On

This time last year, Benny was basking in the praise that came as a result of his stellar release, ‘The Plugs I Met.’ The critically acclaimed EP found him expertly illustrating his time and wealth of experience on the streets through cogent storytelling and colorful lines, like,  “See, before I knew an A&R, I was weighing hard/Back when Nicki Minaj was in a training bra.” Later on that year, Griselda would release their debut Shady Records album, ‘WWCD.’ Despite Griselda, as a group, being signed to Eminem’s label, only Conway the Machine and Westside Gunn have solo deals. Benny is still moving independently under the Griselda Records banner and releasing music how he sees fit. (Read more at Okayplayer)

Ultimately, the Wu-Tang gobbled up any form of spirituality they could find - with the exception of the tepid, hypocritical, white Christianity they'd been taught in school. On 'Knowledge God', Raekwon listens in wonder to the mad pagan ramblings of a demented coke dealer who "claim[ed] he couldn't die", and saw New York as "ancient Babylon". On 'Jah World' - and many other tracks - we can see evidence of the group's shared fascination with the blood-and-thunder mutant-Christianity of Rastafarianism - imported by the Jamaicans that had emigrated to NYC over the decades. All of this filtered down and coloured their worldview. (Read more at The Quietus)

Nearly every aspect of “Free Joe Exotic,” a five-minute shit-talking marathon with Detroit’s Sada Baby, is potentially offensive. In the video, which has collected more than 10 million views in about six weeks, Packman lets loose an onslaught of self-deprecating punchlines while humping a car and wearing a bright orange hoodie that reads “STILL HIV POSITIVE.” “She said she can feel it in her stomach, stop capping/Ol’ lyin’ ass bitch, my dick ain’t that big,” he raps at one point, before comparing himself to the portly starfish from SpongeBob SquarePants. (Read more at Pitchfork)

J. Cole got into it in June with Chicago rapper and activist Noname, after he released “Snow on tha Bluff,” in which he criticizes an intelligent woman he believes to be lording knowledge over men who desperately need it. Noname replied succinctly with “Song 33,” a minute-long track in which she wonders why a man would try to direct a woman’s outrage so soon after the murder of 19-year-old activist Oluwatoyin “Toyin” Salau, as Black women mourned the loss and called for greater respect and protection. The reaction to the two songs was split between people (mostly men) who agreed with Cole, citing Noname’s sometimes prickly social-media manner as a reason she needed to be taken down a peg, and people wondering why Cole’s first public statement at a crucial historical juncture was a finger wag. (Read more at Vulture)

“I Can’t Go With a Comedy Record for $500 Million:” An Interview With RJD2

In 2002, when El-P was clutching the deep space 9 mm, RJ signed to Def Jux and dropped ‘Deadringer,’ a classic album made with sci-fi samples, Beatles-influenced production, and blues fossil fuel. The beat for “June” sounds like it could be a scene in a Soderbergh movie as Danny Ocean and Rusty Ryan transition from caper to caper. “Final Frontier” creates beautiful chaos. “RJ constructs a canvas, I find a color that matches’’ is a shout out bar that will cause your face to scrunch up.  (Read more at Passion Of The Weiss)

Glockstar Dimi, “FBG$”: Reaching for one of hip-hop’s most universal axioms, the Albany maintains the hypnogogic drill vibes of his 2019 Loadin(G) project with this new narcotized cut.