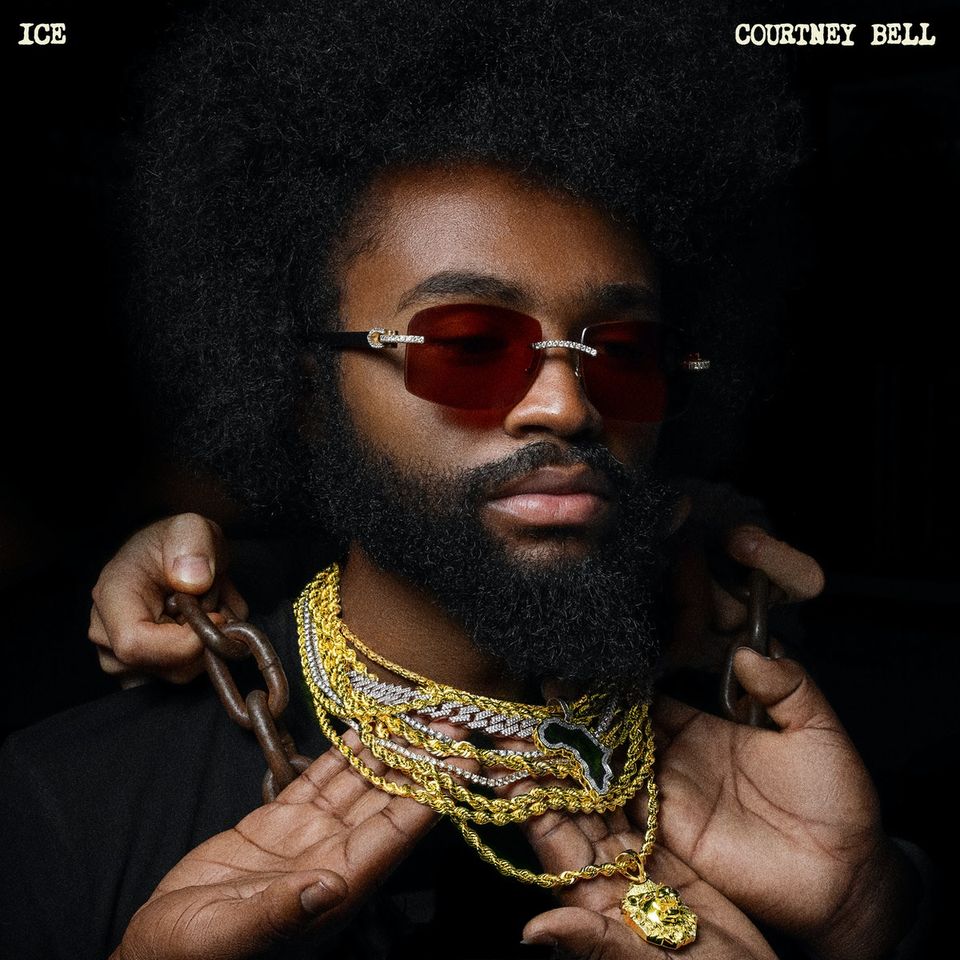 This newsletter marks the twenty-third installment of Irregular Vegetables, a weekly series of CABBAGES emails where I share links to recent writings from other hip-hop/rap journos and critics, squeezing in my own work as I see fit. These midweek editions hit inboxes every Thursday. Enjoy this week’s reads and keep scrolling for an interview with rapper Courtney Bell. After that, make sure to check out the latest Crudites, a feature where I recommend three new singles/videos from hip-hop artists you may not be familiar with yet.

Between 1999 and 2001, with the greater dot-com era just beginning to spiral, hip-hop and “urban” websites and startups proliferated, flush with investment cash. Hip-hop impresario Russell Simmons, riding high in his Phat Farm/Baby Phat fashion heyday, staked his digital claim with media company RS1, later named 360HipHop. (“The site will utilize a multi-media approach to deliver content, providing the user with the latest in hip-hop trends and information, as well as connect users, and hip-hop celebrities/personalities, in a virtual hip-hop nation,” wrote one breathless article in 2000. “Especially interesting will be interactive sites devoted to ‘Puffy’s Gun Collection’ and ‘Snoop Dogg’s Greatest Spliffs.’”) Sony Music Entertainment and Universal Music Group both invested. (Read more at Level)

How Tyler, The Creator Built A Cult-Like Following

Hip-hop was always known for its idolized archetypes. Even in the rap blog era, there was a certain type of artist that got covered by sites like NahRight and 2DopeBoyz, and it definitely wasn’t Tyler. Odd Future was for the people who watched Aqua Teen Hunger Force and played non-sports video games. As Tyler once put it, his brand is for the people who go to Taco Bell or make an illegal deal that they should not be doing. Would that audience get targeted by Vanity Fair? No chance. But it’s still a valuable group. Businesses often confuse what’s sexy with what’s profitable. It’s often the exact opposite. (Read more at Trapital)

‘Some People Can’t Really Handle It’: Trina On “WAP” And Sexuality In Rap

Coming into the spotlight in the late-90s, Trina has witnessed the highs and lows of the industry in regards to the treatment of women. While she has lots of stories that shine a light on the not-so-great aspects of being a woman in rap, she admits that she is excited to see how the new generation of women rappers are changing the narrative. “Shout out to all the new female artists,” she says. “I love to see it. There's more women that we can celebrate that are beautiful. Hate it or love it, we're here to stay.” (Read more at Complex)

‘Lemonade’ is mixed more crisply than some of Hommy’s other records, but the sound design––pleasingly jagged, occasionally muddy––is still the unifying force in his music. Hommy is a collagist, someone who can connect lines from a posthumous Biggie song and Baby Doc Duvalier’s reign in Haiti to MC Shan and the Atlanta rap group D4L. These scraps of material culled from seemingly disparate worlds suggest an observer so keen that he sees the source code of life hidden to the rest of us; he realized the value in masking up in public long before the plague. (Read more at Pitchfork)

Flatbush Zombies Are For The People

Even as artists continue to release new music to increase awareness and support the Black Lives Matter movement, Meechy is still torn between being a spokesperson against police brutality and staying silent on the issue. The influence he has as an artist is not something he takes lightly. “Can you imagine how I feel right now?” he asks me. “Do you want me to go on a song and really say what I want to do when I look at a cop? Do you want me to say that? Do you want me to go tell kids that kind of stuff? I have to be conscious and smart because when my people do shit like that, we're called anarchists. We're called crazy revolutionaries.” (Read more at Pigeons & Planes)

‘Rich Slave’ may not quite be the mission statement it positions itself as from its opening skit, “Black Friday,” but what the skit does do is remind the listener that there’s always more to the experience of being Black in America than meets the eyes. In a conversation with an old head, Dolph chuckles at his debaucherous tales until he learns a tidbit of local history he didn’t know before — one that likely painted multiple aspects of his upbringing in Memphis without even knowing it. The history of cities like Memphis — truly, of the entire country — are rich, but incomplete and always looming over us no matter how many diamond chains we buy. (Read more at Uproxx)

Over the last couple of years, Rory Ferreira, a.k.a. the avant-garde hip-hop artist R.A.P. Ferreira, noticed that on Discogs, an online record marketplace that specializes in resales, the physical versions of his albums were trading for several times their original price. So when planning the vinyl release of his latest album, “Purple Moonlight Pages,” he decided to charge accordingly. “I’m not going to knock anyone’s hustle. I just need to make sure mine is calibrated accordingly, too,” he said in a phone interview last month. In July, he offered the “Purple Moonlight Pages” vinyl for $77, an unusually high price, even for a double LP. (Read more at New York Times)

In late 2019, Alchemist convinced Boldy that his voice was missing from the scene; they recorded and released a quick five-song EP called ‘Boldface.’ By February, they had a full-length project and unofficial sequel to ‘My 1st Chemistry Set’ in the streets: ‘The Price of Tea in China.’ Upon the album’s release, the praise was profuse: JAY-Z added one of his songs to a playlist, he was getting more feature opportunities, and he became a Rap Twitter Favorite. By March, he signed a deal with Griselda Records, the hottest underground movement happening. (Read more at Okayplayer)

Following on from ‘African Giant,’ ‘Twice as Tall’ positions African music in the 21st century by using contemporary sounds for traditional melodies and rhythms. It’s everything it should be to keep the purist happy, but subliminally familiar enough to make sense to the post-digital generation. This isn’t an easy act to balance, and contributes to Burna Boy’s wide appeal as much as his clever incorporations of such styles as R&B, dancehall, roots reggae, hip hop and dub. These exist within the mixes as an idea: that you can revel in the particularities your own specific locale while also being part of a pan-global black culture. (Read more at The Guardian)

“I’m Talking To People Who Have Regular Jobs”: An Interview With Video Dave

He’s been rapping since his college days, but a false start and a successful foray into reality TV production postponed his career as an MC by a decade or so. But with ‘Week 1560,’ Video Dave has helped usher in Open Mike Eagle’s new label, Auto Reverse Records. Dave’s own Bandcamp page is populated with old releases from his early days as an MC, but this record feels like a rebirth, a concept album about Dave stuck in a seven day cycle. Dave began working on the record in 2010, recorded it in 2012, and finally updated it earlier this year when Eagle solicited Dave for an Auto Reverse release. (Read more at Passion Of The Weiss)

A Detroit native, rapper Courtney Bell has experienced many of the highs and lows of life in the proverbial Motor City. He channels all that into his music, which is imbued with a sense of spiritual depth and motivational intentions. The end result combines realness with religiosity in a manner that engages and resonates on multiple levels.

Your recent single "ICE" broaches the familiar topic of jewelry as marker of hip-hop success, yet you pivot to connect its acquisition directly with trials/tribulations and ultimately repudiate it on the track. What prompted you to approach this subject in this manner?

My approach first & foremost was to slap & hug the audience... never to glorify the material more than spirit but shed light on our culture and where we come from as a people! We were kings and queens and come from the lifestyle of jewelry. Over time it has been made to be a token of success when that’s not true. It’s so many people who buy jewelry before homes or buy chains before starting businesses so my approach to the record wasn’t to ever shun it because I love jewelry myself, but for the message to be own something before spending all that money on jewelry. Start a business then buy whatever you desire.

How does your faith and spirituality inform your approach to writing lyrics?

My belief and path of spirituality is the reason I write my music from the perspective I do.  I’ve been a student to the game and always will be. I see the artists before me who have become legends and are considered legends now, their “it” factor is what separates them. My “it” factor is my blend of consciousness and the hood. I mixed both worlds into one like a slap & hug approach with my music not glorifying but shedding light on topics that are usually used for lower vibrational praises and that helps me so much!

The industry has its eye on Detroit now, with so much new hip-hop talent coming out of the city. From a short term perspective, what do you hope to accomplish as one of its representatives right now?

I hope to accomplish healing more than anything sparking the new mind to think more than create more robots & slaves. I want to bridge the gaps of so many broken hood relationships in my city because Detroit has always been the hub for the music industry, we control the industry. Outside of spiritual work and awakening people here I want to aid in being a voice for the people & being frontline for them. I want to be a servant for the people and be the voice.

BA PACE, “3:33 AM (RAGU)”: Taken from his newly released After Hours with producer Jimmy Stubbs, this track encapsulates the Highbridge rapper’s esoteric yet raw style over a dissolving jazzy outro.

Iron Wigs, “Purple Alien”: The tremendous trio of Verbal Kent, Vic Spencer, and SonnyJim come together for a veritable bars-a-palooza that crisscrosses the Atlantic in first class to flex on lesser rappers.

Sally Sossa, “A Letter To The Streets”: This Houston teen outdoes scores of her peers on this same sung-rap wave on this single overflowing with lived-in pain and insights beyond her years.