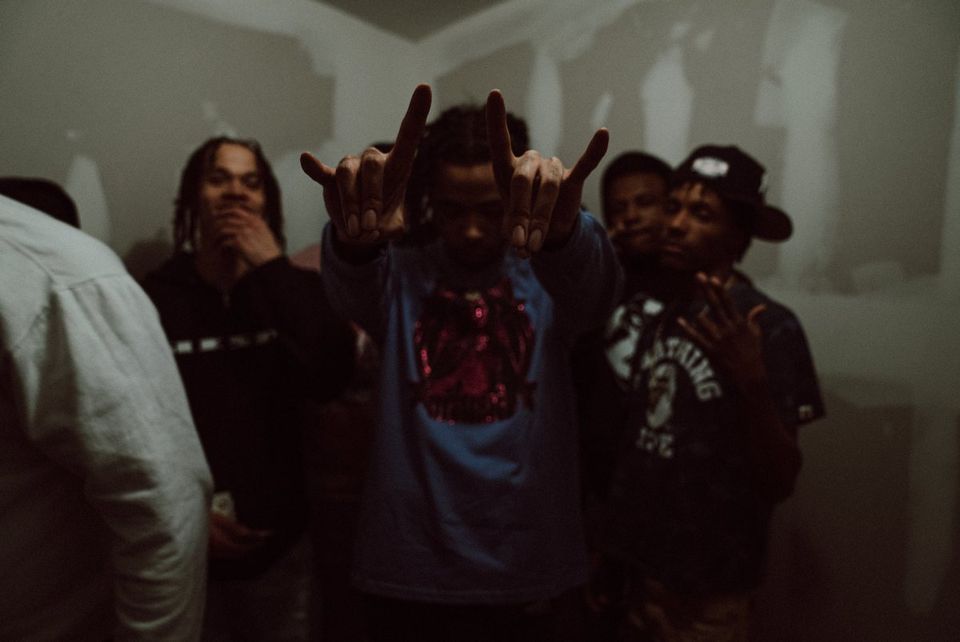 What's The Point Of A DJ Khaled Album?

I’m fond of sharing the story of a conversation with Sha Money XL I had and his framing of Khaled’s work in its proper context. The crux of his argument goes like this: There’s only a finite amount of points/budget available to make an album, so Khaled has to negotiate (or motivate) artists to take less than their usual rates to serve his purpose toward a larger vision, i.e. an album. It’s a financial and creative puzzle that is constantly changing as he makes more songs and the challenge becomes increasingly more difficult the closer he gets to turning in a project. Think of Khaled as Sandra Bullock’s character in “Speed.” It’s no easy ride. (Read more at Backseat Freestyle)

Though minor details about his come-up story seem to slip his mind (dates and producer names are a little hazy), it’s clear that’s because he’s reserved space for moments of greater significance, like the friends he has lost and who live on through his music. He has an awareness of the weight of the stories he shares about his life, both in his music and in his interview with me, that many new artists do not—especially teenagers—and it’s why people gravitate toward his earlier songs like “Dreams & Reality,” “Tru Colors,” and “Dis Dooda,” which feel like street manifestos. So it's not hard to understand why critics are saying that Dooda is poised to be the chosen one, the artist who pushes Tampa rap into the mainstream: Whatever it is, Dooda has it. (Read more at Vice)

The Gardena, CA native got his start in the music business making parody cellphone ringtones as a side hustle in high school. He soon fell in love with the recording process, and furthered his craft learning alongside former classmate and pgLang co-founder Dave Free, who was a computer technician at their school. Fifteen years and countless ringtones later, Ali has earned Grammy wins for his engineering work on Kendrick Lamar’s 2015 masterwork To Pimp A Butterfly and Childish Gambino’s 2018 Billboard Hot 100-topper “This Is America.” Outside of his award-winning work, Ali’s resume boasts a who's who of current star artists, including Cardi B, Drake, Roddy Ricch, Pop Smoke, Megan Thee Stallion and Nipsey Hussle. He recently acquired the former Death Row Records studio, formerly known as Can-Am Recorders and now called NoName studios, under Ali's ownership. (Read more at Billboard)

How EST Gee Blew Up Without Changing A Damn Thing

The common denominator in all these new opportunities for Gee has always been the galvanizing properties of his music. Louisville is a complex city that isn’t talked about enough, so EST Gee makes it a point to have his raps reflect the grit and struggle of the area. Gee takes pride in being a vessel for the streets he’s from, and he uses his music to reflect on the struggles he’s experienced. He doesn’t exist in a paradigm, making a living off of illustrating the gray areas of the legal system, streets, and lateral climb to success in his music. And for every trial he’s faced, Gee raps about his triumphs just as clearly, like how he’s able to care for his family and son and maintain his values. (Read more at Complex)

Is There Anything Bad Bunny Can't Do?

Bad Bunny’s style, like his music, is so hyper-eclectic that describing it often requires not just compound references but whole imaginary scenarios. At one point during the W photo shoot, he was wandering around in a pleated plaid skirt and matching blazer, a wide-brimmed hat, and cherry red cowboy boots—what might result if, say, a Catholic-school girl reworked her uniform into a gaucho silhouette. The artist and director Martine Syms was using a variety of cameras, both film and digital, from different eras to capture Bad Bunny as a kind of musical time-traveler. Members of her team were printing some of the images in real time and arranging them on a wall, which then became a backdrop for subsequent photos. (Read more at W Magazine)

"Pop Smoke’s debut show at [Islington Assembly Hall in 2019 was] crazy. We spent like six months trying to get Pop Smoke over. So we put the show on sale. And when we tried to book him, nobody knew who he was. So six months later, we put it on a venue where it was 600 capacity. It sold out in a second. And people were angry. People were like, 'Sem, you messed up this is negligent. How could you book a venue this small for Pop Smoke?' Same people didn’t even know who he was six months earlier." (Read more at Okayplayer)

Glockstar Dimi, “Ready”: The Albany rapper continues to make a compelling case for expanding New York drill upstate with this slightly glitchy and tightly packed teaser for his upcoming project.

Lord Jah-Monte Ogbon, “He For The Streets”: The self-proclaimed best rapper in Charlotte North Carolina has been spending a good bit of time in NYC, and this track with New Jersey producer Buck Dudley shows why he's one of the best operating in the five boros too.

Nah Eeto feat. Ohms Law Montana, “Room”: Distinct from her Blah Records labelmates in more ways than one, the Nairobi native spits Swahili with a formidable mix of confidence and nonchalance over a winding, gloomy beat.