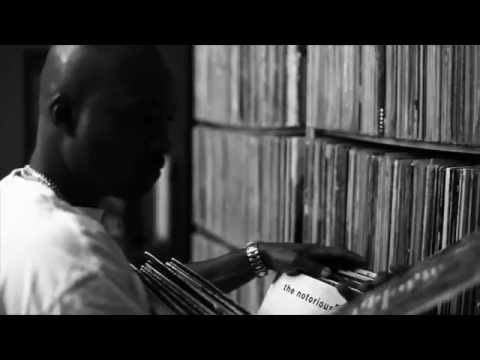 Greetings once again from the couch, where writing this little newsletter somehow feels less like work and more like freedom.

There’s something so daunting about the intricacy of Ka’s wordplay. He’s one of my favorite rappers, but I always feel like I’m behind the eight ball whenever the Brownsville spitter drops a verse, let alone a whole album. His bars contain multitudes, and no matter how many times I run his tracks back I often can’t process more than 30% of the contents at a time as I gawk at the remaining 70%. He’s just that good. Thankfully, the above video for The Night’s Gambit closer “Off The Record” serves as a cheat sheet of sorts, his relentless references to rap classics accompanied by explanatory vinyl sleeves.

Sooooooo, this marks the seventh installment of Irregular Vegetables, a weekly series of CABBAGES’ emails where I share links to recent writings from other hip-hop/rap journos and critics, squeezing in my own work as I see fit. These midweek editions hit inboxes every Thursday as we all self-quarantine and try to protect the most vulnerable among us from COVID-19. No bonus artist Q&A this time around, sorry, but go ahead and enjoy this week’s reads.

The album is unflinching in its grim depiction of violence and death. Their menace was a reaction to an environment that either ignored them or criminalized them. Lower Manhattan is regarded as the brain trust of America’s economy, but abject poverty ruled just a river over. Early ‘90’s New York was still reeling from the effects of the ‘80’s crack era. Families were broken. Violent crime was sky-high. Former New York City Mayor Rudy Giuliani let the NYPD be unabashedly predatorial and racist, harassing young people of color in the name of “lowering crime.” These factors created “a war goin’ on outside no man is safe from,” as Prodigy rhymed on “Survival Of The Fittest.” (Read more at Uproxx)

Benny the Butcher Is Closing Deals and Plotting a Takeover

Life is different for Fivio now. Seven months ago, he was just starting to bubble up from under the surface of New York's promising Brooklyn drill scene when he caught the world's attention with his riotous video for "Big Drip," a celebration of summer filled with water guns and twerking in ice cream trucks—all in front of the Shake Shack in DUMBO. It was a recipe for going viral, which shouldn't surprise anyone familiar with the rapper’s knack for fitting the word "Viral!" in his everyday language. (Read more at Vice)

How UK Drill’s Filmmakers Are Driving Its Thriving Scene

Spitting Spanish flows over sparse beats from Latin producers, the Sie7etr3 crew’s take on drill is decidedly more light-hearted than their forebears in Chicago or their peers in Brooklyn. They still shoot low-budget crew videos on the block, and they’re certainly not immune to gangster tropes, but they’re also more likely to be smiling than mean-mugging, and have been known to brandish Nerf guns in place of Glock 9s. The 8-track ‘Sie7etr3’ EP is a succinct intro into the world of its namesake E 173rd St, and very likely the most danceable drill music you’ll ever hear. (Read more at Pitchfork)

Every day, I strive to do something from my childhood that makes me feel good. Just recently—about 10 minutes ago—I had tennis-racket pasta with broccoli florets and some beautiful olive oil, garlic, and some crushed chilies all mixed together. That's just the taste of my childhood right there. My mother made that for me lots of times. It’s the go-to dish when you don't have much in the pantry, you know, maybe you have some frozen broccoli. I always have olive oil. Sicilian, Chilean, from all different ranges of the world. (Read more at GQ)

The digital era has been good to Casual and his Hiero brethren. In addition to their booming online merch store, they’re now able to interact with their fanbase on a whole other level. “There’s not a real big separator,” he explains. “You really don’t really need a record label like you used to back in the day. And that’s also one of the biggest hurdles to hop over is that I had to relearn how to be a artist that’s productive. Consistency and your production rate means a lot more than it meant back then. Back then, we could put out one album a year. You really can’t do that now. I mean you can, but nowadays things move so fast, you won’t be relevant putting out a album a year.” (Read more at HipHopDX)

Yes, ‘License to Ill’ made the Beasties famous; yes, they quickly came to despise the culture that album both lampooned and further inspired. “We definitely didn’t think that the party-bro frat dudes that we were making fun of were gonna come,” Diamond says of the trio’s first blockbuster national headlining tour, whose stage props included, as you might recall, a giant hydraulic penis. “But turns out that they loved ‘Fight for Your Right (to Party).’ And, you know what? We liked being loved. So fuck it. ‘Pass me a 40, let’s get fucked up.’” So the Beasties burn out, slowly but severely. (Read more at The Ringer)

With help from MC Bin Laden and Yomel El Meloso, the track “Bum Bum” demonstrates the fusion taking the sound by storm: dembow and Brazilian baile funk. As black-rooted sounds that share a specific experience as products of the street knowledge in their respective countries, the overlap embraces Afro-descendant roots and culture. The blend of funk rhythmic patterns, mystical flutes and heavy kick drums found in songs like Chimbala’s “Maniqui” and Chuky73, Fetti031 and Mc73 “Brasilera” has made space for new collaborations and a union among expansion in audiences. (Read more at Remezcla)

'You're Not Welcome': Rap's Racial Divide In France

Domestic rap has become the soundtrack to a national identity crisis, viewed by its detractors as a threat to the cultural landscape of a country marked by bitter racial divides. Yet, after three decades of attempts to delegitimise it, many artists have come to ambivalently accept the persistent discrimination. There was no outrage at their being overlooked at the Victoires. Most musicians and industry figures I approached for comment were not prepared to speak publicly about prejudice within the industry, even while acknowledging it as omnipresent. (Read more at The Guardian)

This is elite shit talking. On ‘’Non Stoppin,’’ he brags about having sex on camera. He compared raking leaves to his friends being on the streets. He is somewhat annoyed that nobody is asking him to stay safe, they are only asking him to stay dangerous. He says that as if he’s mad that they would even ask because he already knew to stay dangerous. His first album, ‘Bag Klan Misfit,’ started his style of talking shit until your ears rang with his insults. On ‘’Full Press D’’ he threatened to make his enemies into paraplegics like the guy who played Superman. (Read more at Passion Of The Weiss)

Gunn’s simultaneous release strategy for music and merchandise has been a cornerstone of his Fashion Rebels and Griselda enterprises for some time, an approach that continued with last year’s Shady Records group album ‘What Would Chinegun Do’ with rappers Conway The Machine and Benny The Butcher. With a devoted and growing fanbase on both sides, short-run items like hoodies and t-shirts timed regularly sell out in short order, reselling online for far more than the original price. Unlike most rappers who do merchandise bundles with their music to finesse the Billboard 200 album rankings, he seems far more interested in selling clothes than topping the charts. (Read more at Forbes)