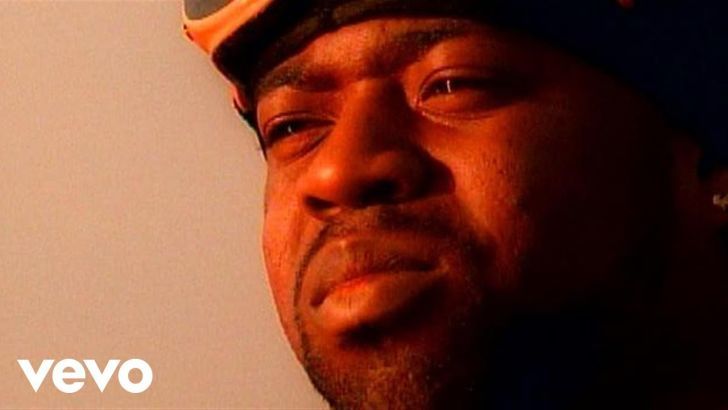 If you’re reading this, chances are you’ve spent some amount of time in your life ranking Wu-Tang Clan solo albums. Maybe you put Ghostface Killah’s Supreme Clientele on top. Or perhaps Raekwon’s Only Built 4 Cuban Linx holds that coveted place for you instead. Nobody could fault you for choosing GZA’s Liquid Swords, or even Ol' Dirty Bastard’s Return to the 36 Chambers for that matter. Hell, you might secretly harbor a perverse love for RZA’s wildly underrated Digital Bullet. No judgements here. No matter what you select, I’m just happy you fuck with the Wu like that.

But there are some of you out there who are going to pick a Cappadonna album, at least rank it in your top three. And you, my friend, are precisely the type of Killa Bee devotee I’m pandering to this week.

It takes a certain type of person to be a true Cappadonna fan. In the crowded hotbox of talent that is the Wu, he’s somehow been both perennial underdog and pervasive presence, categorically a second class citizen of Shaolin yet granted first class privileges. Though a prison stint kept him off the seminal Enter The Wu-Tang, he made his canonical debut in 1995 on the aforementioned Only Built 4 Cuban Linx under the guise of Cappachino, logging features on both “Ice Cream” and “Ice Water.” The following year, he landed his face and the Cappadonna name on the cover of Ghostface’s Ironman alongside Tony Starks and Lex Diamond, as well as five placements on the record. By the time the double-album Wu-Tang Forever rolled around in 1997, he was essentially the group’s tenth member, though for some reason not formally.

1998 kicked off the second wave of solo outings, with affiliate Killah Priest’s Heavy Mental arriving first. Next up was Cappadonna’s own project The Pillage, impressively dropping ahead of debut full-lengths by core Clan members Inspectah Deck and U-God. Carrying many of the sonic hallmarks of the Wu Cinematic Universe, the record boasted beats from Goldfinghaz, Mathematics, Tru Master, 4th Disciple, and The RZA himself. In retrospect, it sounds like a Griselda precursor.

Apart from some oddly uncredited guest appearances, including three by Method Man, it was here that listeners finally got to hear Cappadonna spit without being surrounded by other people’s bars. Opener “Slang Editorial” showcases his lyrical finery, likening himself to 1970s novelist Donald Goines one minute and backing that claim up with originality and eclecticism the next. Songs like “Milk The Cow” and “Run” became Wu favorites, with Ghostface later reconfiguring the latter’s hook for a track of the same name on The Pretty Toney Album in 2004.

At the top of the 2000s, Cappadonna continued to play a vital role in the Wu-Tang Clan, appearing twice on The W and dropping his solo follow-up The Yin And The Yang in 2001. For the next two decades, he’s remained one of the most prolific and proficient rappers in the crew. Below are a few of his choice solo cuts from the post-Pillage years worth noting:

The Yin And The Yang dropped the same year as GFK’s Bulletproof Wallets, and this True Master produced single keeps that same energy found on the latter project.

For this street single off off 2009’s Slang Prostitution, Cappadonna offers some really spectacular wordplay on the track’s third and final verse.

Taken from 2011’s The Pilgrimage, this one finds the rapper in full-on storyteller mode, regaling listeners with a detailed tale straight outta clubland.

“Pull Your Life Together”

Cappadonna turns out a hood motivational with this cut full of knowledge darts from 2013’s Eyrth, Wynd and Fyre.

Only about a month old as of this writing, his latest music video is actually for a song off 2008’s The Cappatilize Project. Either way, we get those complex flows meshing with soulful production.

If hearing the phrase LA MÚSICA DE HARRY FRAUD doesn’t excite you, why are you even reading this newsletter? He does what he does best at the helm of this Jay Worthy project, setting the NYC transplanted rapper up for success with solid soulful beats. Opener “Ms. Parker” reflects on the past, as does lean-tainted deliberations of “Hard Knock High.” He connects with Bay Area pal Larry June for the electro-boogie rubber of “Can’t Be Stopped” and gives his Gotham connect Big Body Bes a plum role next to Buffalo stunner Elcamino on the doo wop deconstruction “Frankie Lymon.”

As raspy as he wants to be, this seasoned spitter brings his A-game to his seventh project. New Mexico-bred and SoCal-based, Tone Dogg Raw’s banked time on the mic pays off through Optimo II, the new bap sequel to a 2016 effort. There’s an elegance to his straightforward rhymecraft, evident on the temple-touching lyricism of “Can Man” and the crowded head-nodder “Li$ten.” He graciously trades off with a variety of guests from his tight knit circle, with glaring standout EQ getting appropriately uncouth on “Na$tyy.”

Wilf Merson, Hide From The Fallout!

A South London emcee with a paradoxical wordy-meets-blasé flow, WilfMerson (space optional) self-produces his latest lo-fi effort. Over fractured beats thick with deliberate mistakes and erroneous tones, he free associates fluidly to the point where lyrics often become another texture in a subterranean sonic mix. He expresses existential concerns and shows off injuries over the manual entry drum machine work of “On Top,” while chopping-n-screwing his delivery for the slo-mo “Dunno.” Delaware rapper thebrilliantdan guests on “Ink,” making for a satisfying international connection.

When I mentioned that I was planning on doing a Cappadonna-centric edition of #CABBAGES, diehard fan Zilla Rocca quickly agreed to doing the accompanying Q&A with me. The Philadelphia rapper/producer dropped an entire album last year called 96 Mentality, which serves as a sort of homage to the Theodore Unit emcee. Alongside Curly Castro, PremRock, and Small Professor, he’s a member of the Wrecking Crew, an East Coast hip-hop collective that once put out a Wu-themed mixtape.

At what point did you realize you were a Cappadonna fan?

Like everyone else, I first heard of Cappa on Only Built 4 Cuban Linx but I really started loving him on Ironman. "Winter Warz" is the best verse in Wu-Tang history. Plus on "Camay," he began his journey as the most underrated dude who can rap about women, albeit in a very charming and oddball manner. On that album, you also saw him more: on the album cover, in the videos And then he's on Wu-Tang Forever. By the time The Pillage dropped, "Slang Editorial" video which was CRAZY had been out for a while so it was definitely one of those albums I ran to the record store to buy the CD soon as class ended in high school.

How did Cappadonna and his discography influence or otherwise factor into the making of your 96 Mentality album?

I was revisiting The Pillage and it finally occurred to me that the genius of Cappa is he's just rhyming. It's this specific energy where nothing matters to him except that he keeps going. Not all of his lines land hard, and sometimes his bars don't even rhyme. But it's this perpetual motion to his style that I wanted to tap into for my album. Before I made 96 Mentality, I either made quick EPs or overly involved albums that would take me 2-4 years and were very draining. 96 Mentality was the first "fast" album I made - I stopped treating everything preciously and just reacted to the beats like Cappa. I've listened to almost every Cappa album - only difference between them and The Pillage is a lack of True Master beats and features from upper echelon Wu guys. He was born to rap.

If you wanted to turn someone onto Cappadonna, what songs would you share with them and why?

"Ice Cream" off Cuban Linx - just to hear a man say "I jizzm like a giant."

"Ice Water" off Cuban Linx - on this song you can hear why Ghost, Rae and other Clan members looked up to him as their rhyming hero before he got locked up.

"Milk the Cow" off The Pillage - watch the video he made for it like 7 years ago. He's in the hood with wearing all green holding a sword and drinking gallons of milk. It's the most joyful Wu video made this century.

"Strange Fruit" off Pete Rock's Soul Survivor - the eeriest beat Pete Rock ever made, with Sticky Fingaz and Tragedy Khadafi. And you get the most Cappa line "I live inside the TV, these words is hot sauce."

"Can't Believe it's Him" off The Pilgrimage - a late period Cappa cut that's jazzy and slick that makes me wonder why he's never worked with Camp Lo.

Listen to a playlist of Zilla Rocca’s Cappadonna picks at Apple Music.

Now I couldn’t leave you all this week without showing love for one of the greatest Wu-Tang Clan cuts of all time. That scarce opportunity in which every member got to spit on the same track, 1997’s “Triumph” puts Cappadonna’s feature in third position after verses from Inspectah Deck and Method Man, and he of course kills it. In the absolutely absurd music video, admittedly a CGI relic, he pulls off a series of enviable fits while revisiting his previously recorded bars.