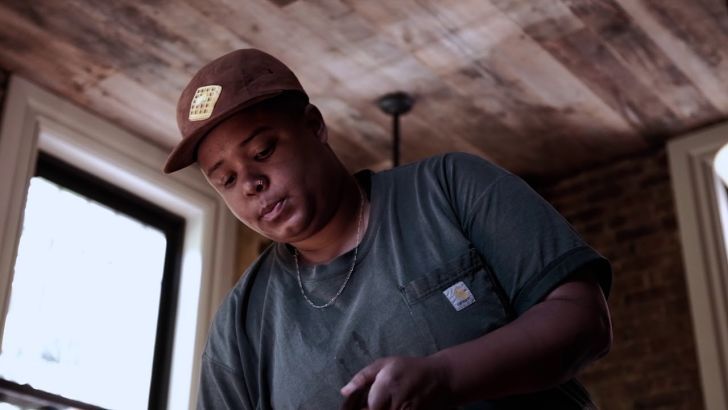 Just as soon as it started to feel like spring out there, the Snowman came.

On Friday, Jeezy dropped Twenty/20 Pyrex Vision, a seven-song EP of new material recorded with longtime production partner Shawty Redd. The duo have been making trap anthems for some two decades now, going back to 2001’s Thuggin' Under the Influence when the rapper went by the name Lil J. Cuts like “Get Ya Mind Right” and “Trap Or Die” off Let’s Get It: Thug Motivation 101 count among the first songs most Jeezy fans heard, and before this week their team-ups spanned up to and through 2016’s Trap Or Die 3. Shawty, notably, did not appear on the last two album efforts, 2017’s Pressure and 2019’s TM104: The Legend of the Snowman.

Yet while day ones and die hards reacted with excitement over this reunion, some surely noticed that the project came courtesy of Jeezy’s Agency 99 venture rather than Def Jam Recordings. After promising trap pupils that last year’s TM104 would be his final installment in the Thug Motivation curriculum, speculation emerged that it could be his farewell album or, more realistically, his last with the record label that housed him for the past 15 years. In a Vice interview conducted last year, he revealed to me exclusively that he’d successfully bought back his masters from the company, a move that seemed to support the theory.

But, as we all know, the business of hip-hop remains maddeningly opaque, and this new release offers little in the way of clarity on that front. Digging into the metadata, the digital distribution for Twenty/20 Pyrex Vision comes from Stem—a Los Angeles-based company that recently provided the same service for Brent Faiyaz’s Fuck The World—rather than via Def Jam parent company UMG. In line with that, Def Jam’s social media feeds on Friday made nary a mention of the record, focusing instead on Trouble’s new single with Quavo amid the usual mix of random artist photos.

Still, even though Twenty/20 Pyrex Vision wasn’t released in partnership with Def Jam, that doesn’t necessarily mean that they weren’t aware of it. A promotional interview with Charlamagne Tha God released a week before the record’s drop included a Def Jam Recordings logo in the opening title card, one indicator that some sort of working relationship remains intact. According to its website, Agency 99 seems to count Def Jam as one of its “clients,” alongside Jeezy-connected brands Avión Tequila and Defiance Fuel fitness water.

Without visibility on Jeezy’s current Def Jam contract or any addendum to it that might say otherwise, the existence of Twenty/20 Pyrex Vision as an independent endeavor will simply have to suffice. In some ways, it outdoes the solid TM104 in terms of memorability. Taking a cue from Jay-Z’s most-cited “Family Feud” line, “Billions” makes his next level entrepreneurial aspirations known and marks one of his best hooks in recent memory. “Poppin” revives a classic Jeezy flow from the TM101 syllabus, while “Buy A Bank” comes gratifyingly close to reviving the over-the-top sonic signature of The Recession single “Who Dat.” By the end, you just want to see Jeezy win—and he appears well on the path to doing so.

Blah Records is two-for-two this year on the album front—first with languid.oceans and now with this UK rapper-meets-producer set. London’s CLBRKS should already be known to those who earnestly type shit like “lofi alternative rap” into Google, but labels aside he’s simply a dextrous yet fiendishly laidback spitter who sounds more secure than ever over Morriachi’s Wu-reminiscent beats. Amid samples about Jackass copycat mishaps and the joy of making microwave cuisine, we get clever metaphors casually delivered on “Cement” and “Cooking.” CapriiSun from Oregon drops a guest verse on “Bonito,” a jazz-hop jewel.

This Syracuse dude spit supremely on Roc Marciano’s MARCIELAGO highlight “God Loves You” last year. For his own album debut, Stove God Cook$ receives something bigger than a co-sign in return: a dozen breathtaking beats courtesy of Rakeem Myer himself. As a result, Reasonable Drought lays the cinematic grit on thick to support the snowblind brick talk atop it. “Rolls Royce Break Lights” sets the stage perfectly, followed immediately by the narco innuendo dais dazzle of “Breaking Of Life.” You think you know what to expect from songs with titles like “Break The Pyrex” and “Cocaine Cologne,” but he exceeds at literally every opportunity.

From Tee Grizzley to 42 Dugg and Sada Baby, the bounce is alive and well in Detroit hip-hop. G.T. excels in the prevalent style throughout Timeless. His slightly nasal tone translates well to singing and rapping over the springy sounds of “Half Crazy” and “What You Gon Do.” Responsible for some of the best parts of Grizzley’s Still My Moment back in 2018, producer Ant Beatz gives “Long Time” a similar lift. Perpetuating the sister city connection, “7 Mile x Seminary” finds him and Oakland’s prolific Philthy Rich repping their respective neighborhoods well and proudly.

Born and raised out west, rapper Nappy Nina has since made a name for herself as part of New York’s multifaceted hip-hop scene. Even as she makes moves in Brooklyn, she’s never given up her Bay Area bonafides, as evidenced by the stellar, jazz-inflected Dumb Doubt from earlier this year. I seized the opportunity to ask her a few questions about that record.

Quite a few years back now, you made a coast-to-coast move from your native Oakland to live in Brooklyn. Do you feel more at home creatively in one city versus the other?

I feel equally at home in both cities which as a transplant I feel a little strange saying about BK. BK makes me feel free and like I can be whoever I want to be. The culture of the city is very direct and to the point and its impossible to avoid that. I love that, it’s such a difference than the Bay where a lot of things are passive.

How have you changed or evolved as an artist in the years between your debut Naptime and your latest album Dumb Doubt?

I think I have only grown more comfortable from Naptime to now. The technical part of rapping comes a lot easier for me now and so does beat selection. I think that comfort has lead me to be more free with my flow, or more experimental in a sense. I understand the pocket more and always know how to get back to the groove I am looking for.

Jazz fans who check out Dumb Doubt will be pleased to hear Blue Note trumpeter Ambrose Akinmusire on "What You Want." Can you tell me a bit about how you two first connected and how it has led to such fruitful collaborations both on record as well as live?

Ambrose and I connected on some home town love shit. I saw him a few times around in Oakland before he reached out to me via social media and asked me to join him on tour last summer. We became pretty close and it was a blessing to have him on "What You Want" with Nick Hakim and Quelle Chris.

I wanna end this week with some love for Def Jam, which blessed us with four Slick Rick albums in roughly a decade’s time. After 1988’s The Great Adventures Of…, which set the bar for rap narratives, the urgently assembled The Ruler’s Back, and mid-incarceration stopgap Behind Bars, the eyepatch-wearing emcee made his proper return with 1999’s The Art Of Storytelling.

Among those who assembled to support the legend’s post-Rikers effort were DJ Clark Kent, Kid Capri, Nas, Raekwon, Rev. Run, and Trackmasters. But the single was “Street Talkin,” a Jazze Pha production featuring Big Boi of Outkast. Funny enough, Rick had appeared on an Aquemini single called “Da Art of Storytellin',” though his piece didn’t make it onto the album. In any case, listening to their synergy here makes me dream of what would happen if the two made an album today…