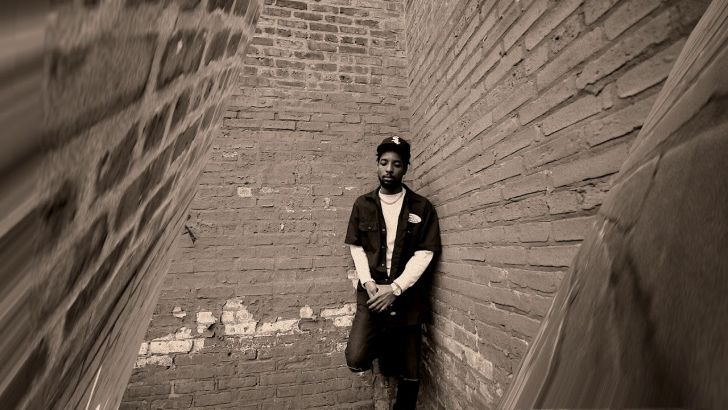 You might not have noticed it. Given the flames and fury going on outside these past few days, it’s not only forgivable but justifiable that you probably haven't been reading a whole lot of hip-hop gossip blogs lately. (By the way, please donate to the Minnesota Freedom Fund and/or the Brooklyn Community Bail Fund if you can, because cash bail is racist!)

But if you did happen to stumble upon HipHopDX, the kind of site that considers the headline TONY YAYO DISSES DMX RIGHT BACK a front page story in 2020, you would’ve seen Eminem give an interesting answer to one of rap’s most asked questions outside of the G.O.A.T. one—who’s the most underrated rapper? Prompted during a live online chat commemorating the 20th anniversary of Sauce Money’s Middle Finger U, errr I mean, The Marshall Mathers LP, the 47-year-old Slim Shady cited 41-year-old KXNG Crooked as his pick.

I bring up their ages here not to be snide, but because that information provides some important context to Em’s selection. Putting aside their continuing friendship, the chronological concurrence of their respective if contrasting careers made them peers to some extent. The deck was stacked in the white rapper’s favor, while Crooked’s struggles with Death Row Records derailed his momentum to the point where he didn’t release his proper solo album debut until the 2010s. And by then, he was more known for being in Slaughterhouse with Joe Budden, Joell Ortiz, and Royce da 5’9” than for guesting on Ja Rule’s third biggest selling album.

But back in 1999, Crooked was spittin-spittin. While Eminem’s approach definitely skewed more sophomoric, there’s commonalities between their spirited, dense flows. Consider the opening verse on “Step Up” off Kurupt’s Tha Streetz Iz A Mutha, released roughly nine months after The Slim Shady LP:

This is the art of manslaughter

You entered the wrong scuffle, you catchin' a chrome buckle

I uppercut nxxxxs hard enough to break my own knuckles

My shotty spit a round before you hit the ground, your body spin around in six circles

I'm waitin' to get dissed, if not I'm a start finishin' innocents

And while that’s only the first half of Crooked’s contribution to the track, it recalls a battle energy that any Soundbombing II-era emcee would’ve respected immensely.

Joell Ortiz, age 39, is in a similar boat as his fellow 2007 XXL Freshman classmate and soon-to-be Slaughterhouse chum. Though he got into the rap game a little later, the Brooklyn-bred spitter started out a promising prospect only to be thwarted by the industry. He had been signed to Dr. Dre’s Aftermath imprint, but ultimately asked to be released when it became clear his debut album wasn’t being put out. While still under contract there, he managed to get the quite good The Brick: Bodega Chronicles out through Koch Entertainment in 2007, but its follow-up Free Agent took another four years.

Between those two records came the birth of Slaughterhouse, by way of Joe Budden’s Halfway House posse cut that became the quartet’s name. True to New York form, Ortiz opened the track with his whole chest:

I define gutter every time I rhyme

I climb up another notch, hip-hop got my spine smothered

But I'll be fine brother, my mind hovers

Above all you jive suckers wishing, that's word to my mother

You throw a shot at me, I'm throwing a shot back

Yours is on a joint, mine's whistling by your top hat

Yeah, I'm cool but you violate and I'll cock back

With bars like those, it’s little wonder that both he and Slaughterhouse made the move from E1 to Shady Records, returning him to the Aftermath fold. Sadly, only the group project ended up dropping an album there, 2012’s Welcome To: Our House, while Ortiz’s  third solo album House Slippers ended up on Penalty Entertainment, a retooled version of the label that in its original iteration had yielded essential 1990s rap albums like Noreaga’s N.O.R.E. and Lord Finesse’s The Awakening.

Since Crooked’s departure from Slaughterhouse and the project’s official disbanding in 2018 leaving their third overall album Glass House indefinitely shelved, both he and Ortiz have gone on to make some of the best work of their respective discographies. And just this past Friday, they dropped their first duo album, H.A.R.D., for the highly respected indie Mello Music Group.

Beyond the pure satisfaction of expanding the Slaughterhouse legacy beyond loose features like the Budden-less reunion of sorts “I Will” off Eminem’s 2020 album Music To Be Murdered By, the project reflects the this two-man wrecking crew’s strengths on the mic with the benefit of production by The Heatmakerz, !llmind, and J.U.S.T.I.C.E. League. If H.A.R.D. happens to spark a series of releases from the pair, a la Crosby & Nash post-CSNY, I sure as hell won’t be mad at it. And at this stage in their careers, this might be the key to getting over that hurdle of being Em’s underrated faves.

From Snoop Dogg’s Malice N Wonderland on, Terrace Martin has gotten great performances out of his Compton cousin Problem. But with Coffee & Kush Vol. 1, their partnership appears to be reaching new heights of excellence, the kind we ought to expect from the producer post-To Pimp A Butterfly. But it takes two to tango and the rapper dances circles around his peers with thoughtful street level lyricism and a truly dextrous flow on “G Shit” and “Where I Come From.” He pays respect to Nipsey Hussle via the head shaking reminiscences of “Janet Freestyle,” while taking a more lighthearted tone on the 808 clapper “Don’t Be Mad At Me.”

Buck 65 put an album out earlier this month. This is that album, and neither he nor producer Controller 7 seemed keen to broadcast that the Canadian emcee had come out of his groundhog hole five years after his last album. You won’t even see the name Buck 65 mentioned, referenced here as the titular Richie. But it’s him alright, and the conceptual “Billy” gives him plenty of space to remind you how good he is at this. Most of the songs never make it to the two minute mark, letting him play beside cuts like the scratchtastic “Layla,” “Where Do I Begin” and the twangy “Raisins.” He addresses his recluse status on the xylophonic “I Used To,” and it’s great having him back.

Flee Lord, Hand Me My Flowers

Flee Lord counted Prodigy as both mentor and friend, and in the departed Queens rapper’s absence he has proved nothing short of prodigious about honoring that. The volume of projects he’s dropped in the past year or so is staggering, as is the high quality that each of them share. No exception, Hand Me My Flowers does grimy new bap with Griselda-esque flair and an old school understanding. Accounting for that latter characteristic, Buckwild of the legendary D.I.T.C. handles all the production here, from the street cinema of “Ten From This Clip” to the rock guitar flourishes of “Gathering My Thoughts.”

Back in the mid-2010s when Maybach Music was in ambitious expansion mode, Chicago signee Rockie Fresh seemed poised to do great things under Rick Ross’ wing. Despite multiple mixtapes of note, he wasn’t able to get an album out there. Thankfully, his move to Rostrum righted that situation with last year's well-worth-the-wait Destination, which has since been given the deluxe album treatment replete with bonus tracks.

More and more artists are putting out deluxe editions of their albums these days. What specifically prompted you to do one for Destination?

It was always in the cards, I had a lot of songs made for the Destination album. I think artists record so much these days we have enough to make two albums during every album cycle. I’ve been a fan of deluxe editions, dropped my first one in 2010 for my mixtape The Otherside and it put a lot more eyes on that project.

Casey Veggies is someone you've worked with on and off for many years, digitally reissuing your 2013 Fresh Veggies joint mixtape last year and doing “Feelings Hurt" with him on Destination. What is it that you enjoy most about collaborating with him?

Casey is family. We look at each other like brothers, but it’s like working with your favorite family member. It’s always easy and fun.

Many of us first turned onto your music with the release of Electric Highway back in 2013. What did you learn from that period in your music career that you still carry with you today?

Electric Highway was a experimental effort and I’m grateful my fans understood and supported it. I just learned the importance of trying new sounds and being different. I try to put something new sonically on every project I make, something that gives you a different vibe. Electric Highway, along with Driving 88, was the birth of the “Rockie Sound” I try to carry that creative energy into all I do.

I’m not really much about using CABBAGES for anniversary content purposes, but yesterday would’ve been Big L’s 46th birthday and I feel like marking that. With beats by D.I.T.C. greats Buckwild, Lord Finesse, and Showbiz, 1995’s Lifestylez ov da Poor and Dangerous didn’t made the Harlemite the commercial success he deserved to be at that time. But its subsequent recognition by heads more or less universally as a hip-hop classic has only strengthened over time. Check out the video for “No Endz, No Skinz” below and see if you can spot a young Fat Joe.