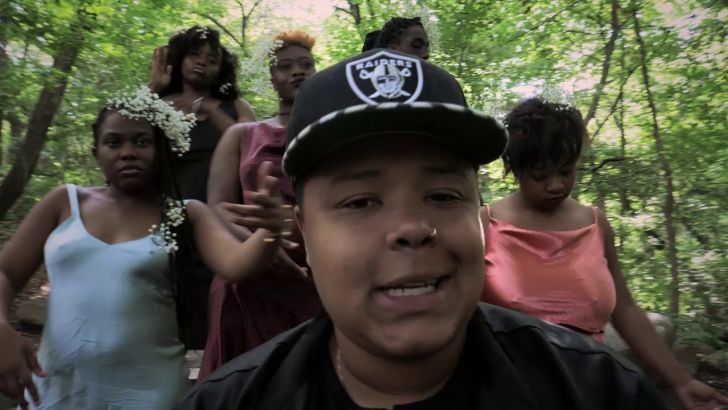 Last week, Sony unveiled the trailer for its forthcoming Marvel flick Morbius. I’m not linking to it here, because I don’t need to give free ad space to a Jared Leto B-movie that isn’t the comically horrendous Chapter 27. And while I’ll leave the premature analysis of the vampiric antihero’s silver screen debut to the more qualified comic book geeks, the one thing I took away from watching it was the implication of including a tease with Michael Keaton’s Vulture character at the end.

The Hollywood shenanigans that separate the Disney-owned Marvel Studios blockbuster offerings with Sony’s vestigial rights to a mostly inferior set of Marvel properties have previously found mutually lucrative compromise around a certain twice-rebooted web-slinger. Yet Morbius’ apparent inclusion of Keaton’s baddie from 2017’s Spider-Man: Homecoming indicates that, by default, moviegoers can now view Sony outings like this one and the preceding Venom as part of the precious Marvel Cinematic Universe canon, most of which I’ve consumed by squinting at tiny airplane screens embedded in the back of the seat in front of me.

This little Morbius Easter Egg got me thinking about Griselda. With 2019 not very far in the rearview, it’s worth acknowledging that the Buffalo, NY label that counts rappers Benny The Butcher, Conway The Machine, and Westside Gunn as its super-powered core had a truly epic run over these preceding 12 months. Flygod Is An Awesome God, Look What I Became, The Plugs I Met, and the Shady Records effort WWCD, among others, accelerated their already-impressive momentum and made it all-but impossible to ignore the movement.

But much like the post-credit scenes that make Marvel movies so gratifyingly insular for fans, the features that Griselda’s trinity lent to others comprise a veritable universe alongside the label’s official mixtape/album releases. Indeed, you have to be a bit of a compulsive hip-hop nerd to keep up with all the guest appearances from the Buffalo bunch. Once you’ve stumbled upon Conway spitting over Consequence’s soul-slapper “Complex Con” or Gunn’s sixteen off Roc Marciano’s “Boosie Fade” or Benny’s bars for ElCamino’s “Shrimp At Phillipe’s” or all three on DJ Premier’s breathtaking “Headlines,” there’s an undeniably joyful feeling from discovering this bonus Griselda content. (And if you really wanna get deep, check out in-house producer Daringer’s all-instrumental installment in Fat Beats’ Baker’s Dozen series.)

Things aren’t likely to slow down for them in 2020. This past Friday, Westside Gunn reemerged for a collab with Slaughterhouse alumnus Royce da 5'9" entitled “Overcomer.” The contrast between these Shady-affiliated artists was apparent on reputation alone. Gunn's opening hook hits like less like a conventional chorus and more like the declaration of a raison d'être—ALL WE DID WAS SLANG DOPE. A spectacle of bricks, bullets, and a smidgen of basketball, his twin verses precede Royce's unflinching takedown of Eminem enemigo Yelawolf and a peace-out co-sign in favor of Kash Doll.

The artists scarcely sound like they're on the same track; at times it's like they're not even the same planet. But that's the power and pleasure of operating in a cinematic universe, where the potential permutations for unlikely or unexpected crossovers are multitudinous. (The music video is also completely bonkers, an early candidate for clip of the year with its 6ix9ine parody narrative and a closing motivational quote from—*checks notes*—Barack Obama.) In this streaming era of rap where features tend to feel like opportunistic gamification rather than genuine creative collaboration, “Overcomer” is the kind of hip-hop world building I like to see.

Oakland-bred but Brooklyn-based, Nappy Nina and her West Coast sensibilities mingle well with her East Coast environs, making the timely and terrific Dumb Doubt a vivid melange of buttery jazz-funk and no-foolin' floetry. Her "Backwords" snaps like a Neptunes loosie, unleashing streams of self-consciousness at a breathless pace. The free-spirited freeform approach makes for an eloquent clatter on "Good To Me," while "Pig Pen" goes fretless as she bends around its bass groove. And those Ambrose Akinmusire trumpet whispers and skronks on the Quelle Chris feature "What You Want" will get you lifted at the start of the new decade.

Pink Siifu and YUNGMORPHEUS, Bag Talk (buy it / stream it)

A prolific contemporary figure in Los Angeles’ leftfield hip-hop community connected with beat scenesters like Swarvy and Teebs, Pink Siifu can’t stop and, Lord willin’, won’t stop. Bag Talk puts him in his zone with YUNGMORPHEUS, another like-minded artist who too alternates between beats and bars. Together, the well-matched pair take listeners through curious aural passageways adorned with lived experiences and Afrocentric themes. Some tracks hazily harken back to ‘90s rap like “Harvest Season” and “Mantle Wit The Fit,” while others including “300 Acres” get psychedelically strange.

A known quantity in New York rap, Grafh had one of the better "So Brooklyn" remixes that went around last year, changing it up to "So Queens" so as to appropriately rep his Jamaica nabe. Here, he partners with another of his boro's dedicated spitters Flee Lord for this immediately engrossing half hour's worth of sauna-grade heat. On cuts like "No Emoji" and the title track, Flee's grimy snarl coexists cordially along with Grafh's deeper toned flow, buoyed by well-produced street level beats about as classically representative of their city as they come.

In the early-to-mid 2000s, I wasted some of my disposable income on DVDs. I’d spend hours at Best Buy or the Times Square Virgin Megastore thumbing through the options, typically buying nothing but feeding the obsessive part of my brain that needed to collect as much useless data about pop culture as possible. On the occasions when I would put down money for one of these movies, it often went towards something that appealed to my musical tastes—Belly (1998), King Of New York (1990), Scarface (1983), State Property (2002).

That’s how I ended up with the DVD for Ghost Dog, Jim Jarmusch’s quirky art-house take on the exploitation genre. Borrowing both from the sensationalist 1970s fare that pitted African-Americans against Italian mobsters as well as the vast samurai cinema canon, the 1999 film struck me not unlike the Wu-Tang Clan’s musical martial arts devotionals did. RZA oversaw both the score and the soundtrack, and the DVD’s extra features included a very fun music video for one of the latter’s tracks by Corona, Queens’ hip-hop legend Kool G Rap.