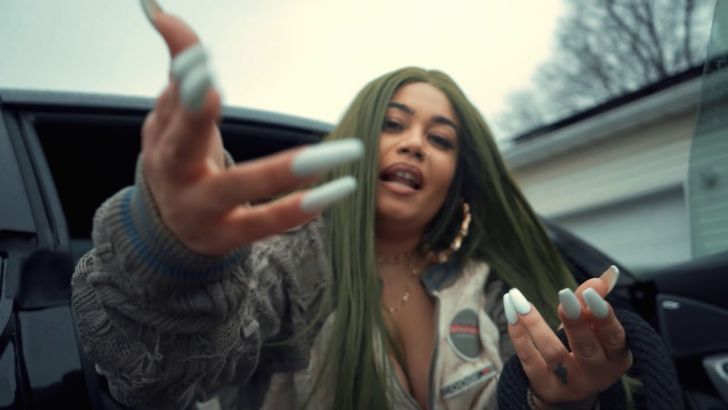 Someone on Twitter said something. That’s usually how it starts.

This time it was about Kanye West, and it was a doozy. I’m not going to call the person out by their username here, because (1) I did that already on Twitter, and (2) I’m trying to bring a little fucking positivity to people’s lives right now, damnit.

But this Stan, the type of person who defines themselves online with a bio-declaration of their allegiance to a given artist—tweeted that Graduation was the “first true masterpiece hip hop album.” Assuming your throat didn’t just fill with bile, they went on to justify said assessment by claiming it was “first one that attempted storytelling at its level and succeeded.”

We live in a time of anxiety and uncertainty. We’re going through a lot right now. And that means we need to forgive, turn the other cheek like Jesus preached when confronted with Yeezus blasphemy.

So, rather than initiate a feral dogpile, I encouraged my very smart and extremely attractive Twitter followers to shout out some of their favorite examples of story-driven rap full-lengths. And, of course, these exemplars of good taste came back with an impressive crowdsourced list of picks. (Interestingly enough, not a one of them mentioned Graduation. Hmmmm….)

A few rightly cited Wu-Tang franchises, namely Raekwon’s Only Built 4 Cuban Linx (Pts. 1 and 2) and Ghostface Killah’s Adrian Younge collabs Twelve Reasons to Die (Pts. 1 and 2). Though the first installments of these respective series are separated by nearly two whole decades, they represent distinctive moments in the evolution of mafioso rap—the former being Gambino, the latter being Giallo.

All of the above, save for OB4CL 2 and the Ghostface ones, came out before Graduation. So while I do consider it one of West’s best works, there were clearly numerous hip-hop albums released prior to September 11, 2007 that successfully and sensationally carried a narrative from front-to-back, all of which—dare I say—did a good ass job.

We don’t call it conscious rap anymore, and with good reason. But when NEHRUVIA: My Disregarded Thoughts kicks off with a poetry slam type acapella, it’s hard not to think back to when that now-loaded term stood for quality. Bishop Nehru has clearly grown as an emcee since his teenage emergence, more than worthy of his early cosigns by 9th Wonder and MF Doom. He outdoes himself on the trap-adjacent beat for “In My Zone” and the DJ Premier scratchfest “Too Lost,” tapping into subtle jazz on the piano-driven “Little Suzy” and the smoothed out Isley soul bap of “Our Energy Is Astral.”

There’s an unmistakable strain of jazz that runs through Nappy Nina’s rap music. Continuing the laidback poetics and semi-organic bap of her preceding Dumb Doubt, this new EP comes even closer to reconciling with that hybrid aesthetic. Opener “Freak It” finds her in a haze of wordplay, collecting her thoughts over a shuffling supper club beat. The rhythm turns near-junglist for “Dipped,” yet she stays at spliff speed rather than chase the breaks. Nina’s lyrics game is on point no matter what executive producer Unjust throws her way, further cementing her spot as one of the best operating underground today.

Thanks to contemporary rappers like NoCap, OMB Peezy, TLE Cinco, and YBN Nahmir, Alabama has seen its status in the hip-hop discussion grow considerably. Add this proficient Birmingham area act to that localized list of trap talents. While his subject matter stays within the lines, Big Yavo makes up for that with an outsized colorful personality. On highlights like “Scoot Up” and “Mr. Incredible,” he displays a cleverness and dexterity frequently missing from the format. For the title track, his gunplay bars reference Lonzo Ball and Rajon Rondo’s respective jersey numbers nicely.

The moment I heard Bonnie B’s “Finesse” back in 2015, I instantly became a fan. Repping for Tangirls, the femme-focused wing of Bodega Bamz’s Tanboys set, the New Jersey-based Latina emcee spits with uncannily deep knowledge of the streets and a vital perspective that, even in our moderately more egalitarian national hip-hop scene, remains criminally marginalized. Bursting with boss moves and scammer flair, her 2018 project Chronicles Of A Gangstress was woefully underrated, as was its 183rd-produced follow-up Salsa Con Fuego in 2019.

What made you realize that you wanted to be a rapper?

I've always wanted to be an artist since [I was] a child. I sang in talent shows at school and I still have my book of rhymes from back to 7th grade! No one really knew I could rap until I fell into the underground hip hop scene as a socialite a few years back. That's when I decided I could do it, because I rapped harder than a lot of the n****s on the come up.

Last year’s Salsa Con Fuego was made with 183rd. What was it about his sound that made you want to do a whole project together?

183rd, that's my guy. He's produced for a lot of my rapper friends like Bodega Bamz and Smoke DZA—so why not? Plus, I feel like he doesn't get the credit he really deserves. His beats are dope, plus I’m an underdog too. He knows what I like. We come from the same era.

You recently released a new track called “Mac Talk” on SoundCloud. Is it just a one-off or is it indicative of what your next project will sound like?

Yeah, “Mac Talk” was definitely a loosie to feed the streets since everyone is at home not doing shit and on their phones, lol. I threw it out to see what the feedback would be like. That will help me figure out which route I’ma take with this next project. My next one will my best, so stay tuned! Quarantine got my creative juices flowin’.

I’ve been meaning to write about Kiing Shooter for a minute now, under far better circumstances than these. His shocking, untimely passing this week leaves a hole in Queensbridge’s promising rap revival, to say nothing of the deep personal loss felt by his loved ones both within and outside the borough. In just two years time, he’d gone from relative unknown to one of the most promising up-and-comers in the area, garnering cosigns from Dave East and Nas. With his drill-adjacent vibes and 50 Cent reminiscent flows, he seemed very much on his way to making a national name for himself. Looking at the music video for “Game Time,” a single and highlight off last year’s No Turnin Bacc, you can see just how hard he repped for his neighborhood. R.I.P.