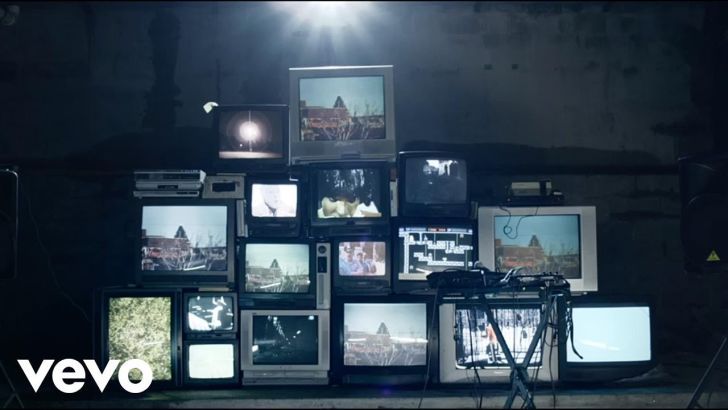 “No need to be cooping at home / Got the stoop as my throne / Brick and concrete stricken on me, with a raunchy hoe swollen / No Rome throne golden / Only beige with a mix of grey thats the closest”

Greetings once again from the couch, where I scroll through my fellow New Yorkers’ socially distanced stoop visitations on Instagram.

From turnstile hopping to malt liquor sipping, Ratking’s 2014 album So It Goes captured so much of what I love about being from this city. Of course, with the pandemic in play, I haven’t taken the subway or stepped foot inside a bodega in nearly two months now. With no clear sense of when we’ll even begin returning to something resembling normalcy here, Wiki’s bars are the next best thing.

Believe it or not, this marks the eighth installment of Irregular Vegetables, a weekly series of CABBAGES’ emails where I share links to recent writings from other hip-hop/rap journos and critics, squeezing in my own work as I see fit. These midweek editions hit inboxes every Thursday as we all self-quarantine and try to protect the most vulnerable among us from COVID-19. Enjoy this week’s reads.

Ishmael Butler — co-founder of '90s hip-hop group Digable Planets — released ‘The Don of Diamond Dreams,’ his fourth album as Shabazz Palaces, in April. He may be 50 now, but he's still hip, and his music spans generations. "I gotta create to survive — I reconciled that a long time ago," he says. "And try to loop that in with actually physically surviving and taking care of my responsibilities. Having a place to live and helping out my family." To do that, he has to navigate a marketplace that doesn't value the hard won as much as it does the brand new. (Read more at NPR)

Sie7etr3 Should Be Huge — They Will Be

Somewhere between Chief Keef and Daddy Yankee, between the aggression of drill and the smacking gloss of reggaeton, are rap crew and label Sie7etr3. Led by Chucky73, 22, and Fetti031, 24, the Dominican-born and Bronx-raised crew mixes hard-nosed productions with excitable rhymes. On the debut EP by Chucky73, born Adel Mejia, and Fetti031, born Emmanuel Medina, Sie7etr3, Chucky and Fetti, along with appearances from crew members Dglo73 and Youngkilla73 show off another side of New York’s undeniable drill scene. (Read more at DJ Booth)

A Guide To Griselda

Griselda is a record label and a crew. Griselda Records often teams up with the label Daupe! for physical releases, which inevitably sell out quickly. “Griselda” often also refers to the core members when working together—it is the artist name, for example, on their group album WWCD. Griselda members have a web of business associations. Griselda Records’ deal with Shady Records covers, according to Shady’s website, “solo and joint projects from Westside Gunn and Conway.” Benny’s Black Soprano Family crew has its own record deal with eOne. And Benny and Westside Gunn are both managed by Roc Nation. (Read more at Complex)

One of the more pleasant surprises from Dreamville of late has been Cole’s fellow North Carolinian Lute, who has taken advantage of the opportunity provided by the original Dreamer and the rising tide of Carolina’s prominence to grow his fan base and position himself to be the Tar Heel State’s next rising star. On the heels of Charlotte’s DaBaby, Snow HIll’s Rapsody, and his Fayettesville-raised benefactor, Charlotte native Lute distinguished himself last year rapping alongside DaBaby and Cole on the ‘Revenge Of The Dreamers III’ intro “Under The Sun.” (Read more at Uproxx)

Clams Casino emerged around the same time as witch house, a phenomenon his ectoplasm-laced compositions were often linked to. There’s no smeared eyeliner or guest appearances from Robert Smith, but it’s easy to see Clams as a slightly more uptempo kin to Salem and Pictureplane, not just in the general chilliness of his sound, but in the strong gothic undertone to his early work—that aesthetic sense of haute morbidity is maybe most evident on “Unchain Me,” an instrumental from Lil B’s I’m Gay (I’m Happy) that flips “Cry Little Sister,” Gerard McMann’s theme from The Lost Boys. (Read more at Pitchfork)

Young Dolph Is Leading Rap Through the Pandemic

Against the backdrop of other musicians’ attempts (or lack thereof) to convey quarantine life, “Sunshine” is a clear-eyed triumph. If you’ve been following Dolph over the years, though, you know that the song's blunt, detailed imagery is par for the course. He’s excelled at storytelling for years. Whether he's detailing the hardships faced by his parents or a botched attempt on his life, Dolph’s tales always ring out with gravitas and—either tauntingly, triumphantly, or gratefully—opulence. (Read more at GQ)

Polo G Is Bringing Notoriety Back To Chicago Rap

As rappers adopted the gritty sound of Chicago drill and put their own regional spins and narratives on it, making it appeal to larger audiences, the genre began to change back at home. In Chicago, new rappers like Polo G took the fundamentals of drill and added melodies, along with more traditional lyricism and vulnerable storytelling, to lead a new wave of Chicago rap. His peers includes frequent collaborator, Calboy, alongside El Hitta, Valee, King Von, Queen Key, Memo 600, Ann Marie, and the late JuiceWRLD, who Polo G considers his fellow “Chicago all-star.” (Read more at The Tribe)

183rd’s insane work ethic combined with his “hold no beats” approach, easily made him New York City’s go to producer. “I continuously work because the sound of the music shifted and if an artist has the bag right, we can work. I don’t hold beats.” Upon checking out 183rds collaboration projects that were released in 2019 you will notice that all track listing includes the songs and instrumentals for every track. He got the idea from being a fan of The Alchemist’s and Prodigy (R.I.P) collab records and the thought of them releasing the beats for fans to rap to. (Read more at Kool Korner)

“Ya first album dropping this year and my last album dropping this year,” the Atlanta-bred rapper penned before immediately reversing a declaration of retirement. In March, he seemingly echoed the same bait and switch after referring to himself as a “wack rapper,” a sentiment met with massive opposition from the scores of listeners who can recall memories soundtracked by a Waka Flocka banger, before admitting that the statement was an exercise in reverse psychology. (Read more at Revolt)

50 Cent On Love, Cash And Bankruptcy

Curtis Jackson has downsized. The rapper/actor/businessman, better known as 50 Cent, used to live in a palace of a house formerly owned by Mike Tyson. Not any more. He has been in self-isolation for six weeks and is more than happy to make do with a three-bed apartment (on four floors, mind) in New York. He can’t remember when he was last in one place for so long, he says, and is learning about himself. “I’ve become a bit more comfortable with being in my own space. I don’t think being at home is a punishment.” (Read more at The Guardian)

Deeply Rooted: An Interview with Mozzy

Moments like this exemplify the brilliance of Mozzy and provide the clearest understanding of why he has such a devoted fanbase. These songs are as much part of him as the trials and tribulations that have shaped his remarkably dramatic life. Though there are many rappers who try to do the same, few connect the way Mozzy does. With him, there is a selflessness to share all that he is, and all that he isn’t, with those who he connects with the most—the often overlooked and undervalued. To be a man of the people, one must understand that they are just that—people. We all go through tough times and sometimes they get the best of us. (Read more at Passion Of The Weiss)

Lil Durk has a strategy that’s been keeping him busy through the pandemic. “See what I do is I book a studio that's closed down and I go by myself,” he explains. “No one's in there, literally just me and the engineer.” A Chicago-bred rapper who played a critical role in representing the city’s pioneering and prescient drill scene, he’s now based in Atlanta, a hip-hop hub that continues to open him up to a wide array of collaborations and opportunities. With that duality in mind, Durk is preparing to drop a new project this Friday that reflects his connection to both cities. (Read more at Forbes)