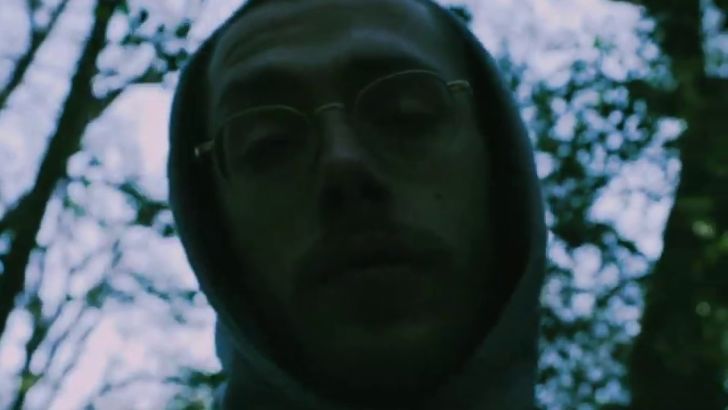 Greetings once again from the couch, where I’m just watching whatever rap videos the YouTube algorithm cares to throw at me.

Truth is, these promotional clips for older hip-hop singles are kinda bumming me out. Never mind, for a moment, how many of them feature cameos or verses from rappers we’ve lost. What’s getting to me are the depictions of communities and crews so prevalent in videos like the one above. We see these neighborhoods come alive by showing up to represent, a stark contrast with the largely empty streets here in NYC right now. As a result, I’m much more inclined towards radio right now, enjoying SiriusXM’s various hip-hop channels and shying away from visuals that could potentially put me in a funk.

Below you’ll find the fourth installment of Irregular Vegetables, a weekly series of CABBAGES’ emails where I share links to recent writings from other hip-hop/rap journos and critics, squeezing in my own work as I see fit. These midweek editions hit inboxes every Thursday as we all self-quarantine and try to protect the most vulnerable among us from COVID-19. Enjoy this week’s reads and make sure to scroll down for a bonus Lettuce Wraps Q&A with UK rapper CLBRKS.

Where ‘Butterfly’ was rooted in hard bop, ‘DAMN.’ seemed steeped in the late '60s and early '70s, when jazz was murkier and more psychedelic. Equally complex and ambitious, ‘DAMN.’ is more palatable than ‘Butterfly,’ but no less vibrant. For some, the fact that it wasn't as musically complicated somehow counted against ‘DAMN.,’ but vestiges of the past are still there — in the bluesy saunter of "FEAR." and the acoustic soul of "FEEL." But it's on album closer "DUCKWORTH.," produced by 9th Wonder, that the elements of jazz, hip-hop and soul come into the sharpest focus. (Read more at NPR)

Looking back at the journey up to this point, he’s done nothing but make the right moves. He’s worked with veterans such as E-40, got Cole Bennett to direct his “Thief in the Night” video, was recognized by YouTube Music as an “artist on the rise,” and somehow crossed over in the world of TikTok with his melodic viral hit “Heart on Ice” without even knowing it. It’s because the 21-year-old is too busy staying focused on his music career, building from the  ground up and hoping the next release continues to widen his fan base. (Read more at Billboard)

Scott Storch Won the Beat Battle, But Mannie Fresh Is the Real Champion

“I see you, I see you,” Storch said as soon as Fresh hit the stop button. “Imma just pull out one of the cards I’m holding right now.” That card: a multiplatinum track he isn’t even the credited producer for. In a move that summed up Wednesday’s battle, Storch responded with “Cry Me a River,” the 2002 Justin Timberlake megahit (and top-50 all-time breakup song) produced by Timbaland. Storch is credited for cowriting the song and playing its (admittedly infectious) clavinet line, but at that point in his career, he was best known as the former Roots keyboardist and Dr. Dre collaborator. (Read more at The Ringer)

“That song was one of the most impactful,” Rvssian tells me of ‘Krippy Kush.’ “Hearing people say that was the first time they listened to Bad Bunny or even Latin trap or anything that wasn’t English... I feel like [Americans] thought that everywhere else in the world was just doing one style of music that wasn’t diverse. So when they heard that, and they could vibe to it, even without understanding what it was saying, they realized music is bigger than what they know. People started researching what else is out there.” (Read more at DJBooth)

How Golf Wang Evolved With Tyler, the Creator's Career

It was a step above their regular merch, which was mostly Gildan blanks printed with graphics like cat heads with laser beams shooting from their eyes, the doughnut logo, or OF member Lucas Vercetti’s teenage face. But it maintained the group’s ethos with plenty of fluorescent colors and youthful graphics. Golf reflected what Tyler was capable of with full creative control, and it perfectly represented the then 18-year old and it quickly became his fanbase’s uniform. (Read more at Complex)

After appearing in a Playgirl spread, and in the pages of Madonna’s book, SEX, hip-hop’s lover man Big Daddy Kane was picked apart for allegedly being gay. Though these were nothing more than baseless rumors about a man who had always leaned into his sexuality for the women in his fanbase. Big Daddy Kane was never able to fully recover from the speculation. Writer dream hampton recalled that a bit after his career peak, Big Daddy Kane stood onstage for a benefit concert and announced that he was straight, and HIV negative, (which was the crux of the rumors surrounding his sexuality,) and was unable to forge much of a career beyond that moment. (Read more at Girls United / Essence)

Originally, Krums recorded as Earmint and was heavily influenced by DJ Shadow and the Mo’ Wax roster. His goal was to craft “super elaborate soundscapes.” But after changing his alias to Spectacular Diagnostics in 2015—a name he picked because it sounded like something Ghostface might say in a rhyme—he vowed to focus on “more rap-based production, and not trying to overdo it.” He found value in restraint. “It can be hard, because you’ve got an effect in front of you—like I can put a space echo on that! But it can go on forever—so just leave it.” (Read more at Bandcamp)

L.A.'s Problem Explains The Making of His Short Film “A Compton Story”

It’s just hectic for any black man, let alone a successful one. Just the randomness of shit that can happen. Then especially if you came from an urban area or poverty stricken area, or low class area... and then to become successful you battle with the nuances of what you learned and what do you take and use in what situation is always the hardest parts for me. Like, ‘Do I use my Compton shit here? Or do I use my about to be 40 (years old) vibes?’ That’s the toughest part, knowing when to hit the gas and when to hit the brake. (Read more at Vibe)

Bankroll Fresh: In Bank We Trust

Even in a city where new talent seemed to emerge daily, Bankroll’s peak was short. “Hot Boy,” his breakout hit, dropped in fall 2014, only 18 months before his death. Yet Bankroll was notably connected, and respected: he was a collaborator of 2 Chainz and Future, close friends with Zaytoven and Metro Boomin’, and he gave Jeezy his last hit, the thunderous “All There,” which owed its success to Bankroll’s sound. Before Migos and Young Thug asserted control of Atlanta, Bankroll was on his way to creating a lane of his own, linking micro-generations of Atlanta trap: Travis Porter’s club-ready bounce, T.I.’s menacing swagger, and frequent collaborator Gucci Mane’s warbly wordplay. (Read more at Pitchfork)

Documenting the Rise of the UK’s Most Hyped Drill Crew

In 1976, less than ten years after Broadwater Farm’s construction began, the government wanted the Tottenham estate demolished. A regeneration project was scrapped in the early ​’80s due to lack of funding, and in 1985 the area’s notorious reputation was cemented by riots that attracted national press. But these days, fans of UK drill music recognise residency on The Farm as a badge of pride, largely thanks to OFB. The collective (whose moniker stands for ​“Original Farms Boys”) have been mentored by Headie One, who’s arguably the UK drill scene’s biggest crossover success. (Read more at The Face)

Drake’s “Toosie Slide” Is a Master Class in Marketing, but Nothing Else

People live and die, planets can be decimated, galaxies are doomed to be swallowed by singularities, but still, Darkseid is. He is bigger, and more powerful, by several orders of magnitude, than the next biggest threat—so constant and fixed that his supremacy may as well be one of the laws of nature. Drake is hardly so evil—though we should never forget that he allegedly planned to unveil his child alongside a sneaker release—but he feels just as permanent. (Read more at The Ringer)

Thundercat Blends Pain and Humor on 'It Is What It Is'

In the early-to-mid 2000s, he linked with Sa-Ra Creative Partners, a Los Angeles-based musician/producer trio. They were working at the time with artists like Bilal, John Legend, Pharoahe Monch, and [Erykah] Badu, the latter of whom would later recruit him as her tourist bassist and include him on both ‘New Amerykah’ albums. Given the caliber of talent and celebrity in that circle, he kept his head down and stayed humble rather than geek out and fanboy. "I remember J Dilla would be in and out every now and again," Bruner says of those days playing with the trio between considerable XBox breaks. "He was in a wheelchair. Nobody knew he was on his way out." (Read more at Vice)

The influence of boom bap on the world continues today, with folks like London-area lyricist CLBRKS (say it like this: cee-ell-brooks) adding a new generation of flavor to the original recipe. Early works under the moniker such as 2015’s SUPAKING demonstrated his affinity for the form, while more recent fare like the OGBLOOPS-produced David Hockney EP showed off the growth and sophistication of his style. His latest project is Microwave Cooking 2000 for the UK-based Blah Records, and I sent a few questions his way to learn more about the album.

Microwave Cooking 2000 is your first full project with producer Morriarchi. What is it about his production style or approach appealed to you that made you want to work on this one together?

When we first met, the initial plan was for me to record a tune for a Verbz song he had produced. We got that sorted out, I went to his house, recorded it, and then he pulls out an odd-looking Japanese record and chops it all up in a different way to what I’d seen other people do in the past. So that kind of sparked my interests and I knew he was somebody I should be teaming up with, learning from, etc. It’s fun to watch him work.

How did you first connect with Blah Records and why did you feel like it was the right label to drop Microwave Cooking 2000?

To my knowledge, my first contact with Blah was when [label co-founder] Lee Scott shared the music video for “Red Snapper” on Twitter. Then I met Morri and he’s been working with them for a while. His production goes hand in hand with the Blah ‘sound’ that the labels fan base is so familiar with, therefore it seemed like the best idea to release it through their platform.

From an outsider's perspective here in the States, the majority of what we hear about (if anything) in terms of contemporary UK hip-hop is grime and drill. As a rapper doing neither of those, what do you want people to understand about your style of rap music and its place in the wider hip-hop canon?

I’m not really looking for people to understand anything, so-to-speak. I’d rather people just enjoy my music as they do any other form of music, I want it to evoke a variety of emotions in the listener and I want to be memorable. For the most part, I’d like to make contemporary rap music that people can enjoy internationally. I just have a different accent.

Purchase Microwave Cooking 2000 on vinyl from Blah Records / digitally via Bandcamp or stream it here.