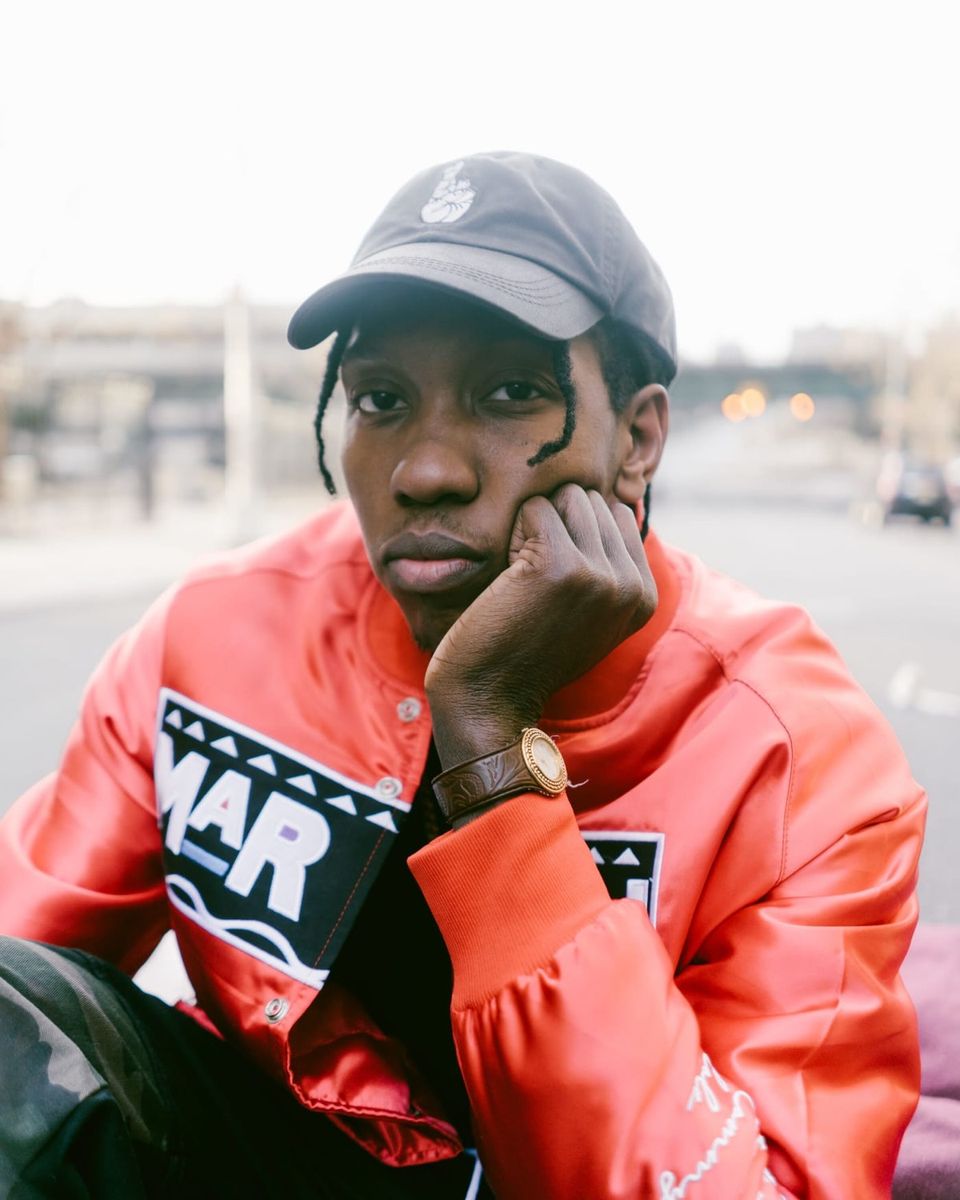 When you’re an aging hip-hop head (like me), you follow aging hip-hop artists on social media. Even in the gloom of a pandemic, it’s fun to see what the rappers, producers, and DJs from the Golden Age through the Shiny Suit Era are up to. Many use their platforms to share old photos or other throwback content, which deservedly earn likes from those who remember when or otherwise respect the history.

Of course, putting a bunch of (mostly) dudes in their 40s and 50s on the Internet without a filter will naturally lead to wacky gaffes, greasy hot takes, and some generally cringe-inducing moments. Not much of it reaches the “cancel-worthy” lows of, say, Brand Nubian’s Lord Jamar, but nevertheless sometimes these oldheads find themselves clowned online.

Three decades after publicly serving “The Gas Face” to Lyor Cohen and MC Hammer, MC Serch of 3rd Bass fame earned one for himself this week with the following tweet:

Before I really get into it here, let me just say that I have been—and remain to this day—a 3rd Bass fan. The Cactus Album and Derelicts Of Dialect both mean a lot to me and played a role in my hip-hop education. I even had the “Pop Goes The Weasel” maxi-cassingle, with the Peter Gabriel sampling instrumental on the A-side and the Prince Paul co-produced B-side. I fucked heavily with Serch’s solo single “Here It Comes” too. Plus: he was integral early on in the careers of both Nas and Zev Love X a.k.a. MF Doom. (And if you wanna read my thoughts on Run The Jewels, go here.)

So speaking in my capacity as a fan, I feel compelled to address this provocative ass, baiting ass tweet…

…because, man, howwwww can Serch say RTJ had the best first four album group run in hip-hop history? He was contemporaries with no less than De La Soul. De! La! Soul! Sure, Stakes Is High might not rank as highly in his record cabinet as the Prince Paul helmed 3 Feet High and Rising, De La Soul Is Dead, or Buhloone Mindstate. But even if he wasn’t on board at the time with the trio after distancing themselves from their producer, surely in retrospect their fourth album holds up damn well. Blessed by a young J Dilla, the title track alone rivals much of the RTJ catalog.

But don’t take my word for it—take El-P’s! In a recent interview with NPR, the Company Flow vet and former Def Jux mastermind had this to say about De La Soul:

I hold De La Soul's catalog in way more reverence than I hold my own.

I think I’ve made my point, but I’m down to beat a dead horse in the name of hip-hop. Similar counterpoints about superior four-album group runs could be made about the first four from Public Enemy (Yo! Bum Rush the Show, It Takes a Nation of Millions to Hold Us Back, Fear of a Black Planet, Apocalypse 91... The Enemy Strikes Black) or the first four from A Tribe Called Quest (People's Instinctive Travels and the Paths of Rhythm, The Low End Theory, Midnight Marauders, Beats, Rhymes and Life). And if anyone really wants to throw down, there’s that little-known act from Hollis called Run-DMC (Run-D.M.C., King of Rock, Raising Hell, Tougher Than Leather) to consider.

But look, if we’re going to extend the definition of “group” to include duos, as Serch did, then please let’s talk duos. You got Eric B. & Rakim (Paid in Full, Follow the Leader, Let the Rhythm Hit 'Em, Don't Sweat the Technique) and also Outkast (Southernplayalisticadillacmuzik, ATLiens, Aquemini, Stankonia). Then, of course, there’s Gang Starr (No More Mr. Nice Guy, Step in the Arena, Daily Operation, Hard to Earn), who might be my top pick of the bunch. Some—including secret RTJ co-founder and Adult Swim icon Jason DeMarco—might make a case for Geto Boys or UGK. None of these are reaches, and we’re barely scratching the surface.

Truth is, this isn’t even about Run The Jewels personally or musically, but rather Serch’s off-the-cuff remark that shows wild (if unintentional) disrespect to the artists who came before and undoubtedly made the hugely popular duo possible, including those from his own hugely influential generation. And look, none of this is that serious and the ribbing is really all in good fun. So if what I wrote made Serch or any of you feel some type of way, tell it to someone who cares.

And anyway, El-P has his own answer:

With the State Of Fleemergency EP from a couple months back still very much in rotation, New York’s raspiest returns with an outstanding album produced by Ace Fayce. The beats hit like the grimiest and grimmest Griselda shit, street savvy and brutally true on cuts like “Clover” and “Money Machine.” Bub Styles has but one mode—aggro—and he wields it like a blade on “Fat Farm” with Nems and “Grow” solo. No joke, I rewound “Razzmatazz” no fewer than three times just for the opening couplet, I had the same phone number since 1996 / My old teachers hit me up for sniff. Next gen Terror Squad rep UFO Fev opens “Redesign A Drought” with disgustingly good bars, while Rome Streetz dips into “Food Court” on a biblical come-up tip.

Blimes & Gab, Talk About It

With battle rap energy and finely honed mic skills, this perfectly complementary pair bring the noise on “Baptism” and the funk on “Sacred,” Talk About It’s opening one-two punch. Blimes Brixton and Gifted Gab come through with the confidence they’ve earned in their solo endeavors, resulting in big moments over bigger beats on “Un Deux Trois” and “No Samples.” In this gilded age of shaming Karens, they raise awareness about Shellys on the bubbly clubby track and corresponding skit of the same name. And while they downplay the idea of clout, who else but Blimes & Gab could get both Bahamadia and Method Man on the same album in 2020?

For those who bristle at the clean synths and crisp beats of modern mainstream hip-hop, C Trip A has the antidote. As forbidding as a parking lot made entirely out of broken glass, Ozzy Nights strips away all that gloss and floss and glamour. Recalling leftfield acts like dälek and Ice, the duo rely on industrial soundscapes and caustic rhythms as a foundation for some well-plotted bars on “Blast” and the rather of-the-moment “Draco.” Four (mostly) instrumental versions follow the opening six, leaving space for ambitious emcees to try and navigate the darkness in the privacy of their homes.

A personal favorite of mine since his days as YC The Cynic, the Bronx rapper Kemba has earned cosigns from the likes of Anderson .Paak and Kendrick Lamar, and for those unfamiliar with the greatness of his underrated Negus and Gilda albums that should be more than enough to get him on your radar. Always pushing the message and the medium forward with his music, he returned this week with The World Is Watching, a powerful four-track EP that spans eight-minutes-and-46-seconds and speaks directly to the protest movement that emerged in the wake of George Floyd’s murder.

There are many poignant and pointed lyrical moments on The World Is Watching, but a common thread across all these songs is death, a topic you addressed at length on last year’s Gilda album. Do you find it difficult to sit down and write such personal material?

"6 Million Ways" outlines the disturbingly familiar cycle of law enforcement killing Black people and ultimately getting away with it. Given what's happened in the wake of George Floyd and Breonna Taylor's deaths, do you feel like we're any closer now to seeing real changes to these systems that have historically failed Black victims?

I've never seen this many people fighting for the same cause at once. It's worldwide. That wasn't even possible until the last 15 years or so. And we're seeing these small changes. They're small wins. Ultimately, I think I've been deceived too many times to think there will be sweeping changes to the pillars of systemic racism, but I have hope. And seeing the young people around the world fighting helps me get out of bed to do the same.

"The Get Back (Riot)" channels the justifiable fury of the moment while utilizing the shared language of the current and ongoing protests. Do you see songs like this as a means to get listeners more involved in the movement?

I absolutely do. A lot of people are right on the fence about joining. And music is influential. But more importantly, I wanted to make a soundtrack for the people that are already there. I first saw the power of music in protest when I went to Ferguson. That changed everything for me. The music kinda intensified our will and made us stronger. It made us fearless. And I've been aiming to create that ever since.

Purchase or stream The World Is Watching here.

Boycott Rhymesayers???, you ask. Yup, boycott Rhymesayers. The wave of recent accusations and revelations about predatory behavior and general grossness on the part of multiple artists associated with the label has cast an unflattering spotlight on the Minneapolis hip-hop institution. After days of stories about DJ Fundo, Dem Atlas, and Prof, the company put out the requisite black-text-on-white-background social media image which didn’t exactly quiet its critics, who demand greater accountability from its management and ownership. (Slug of Atmosphere’s separate statement went over about as expected too.) Consequently, former signee Psalm One found an audience newly open to her longstanding—and long-overlooked—grievances with the label over her shoddy treatment there, which can be summed up as a familiar mix of homophobia, racism, and sexism. So it’s no surprise that she’s leading the charge on the #BoycottRhymesayers front. Get with the hashtag on Instagram/Twitter and then show her some love by checking out this 2015 clip off her P.O.L.Y. project.