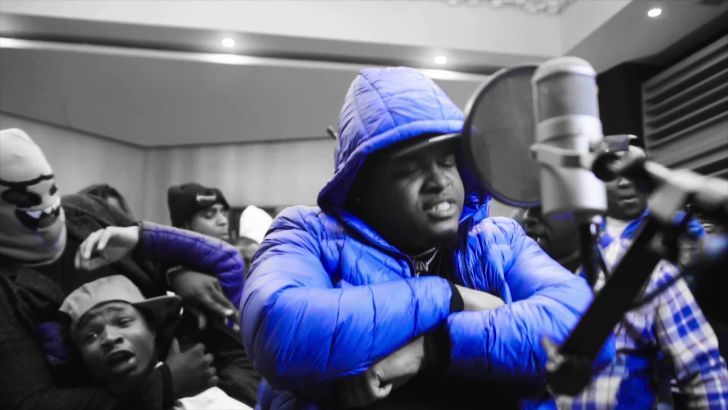 His name is Duke Deuce and he wants to take just a few moments of your time to talk about crunk.

Perhaps Deuce has a point, at least a timely one. Crunk nostalgia is already teed up for 2020. After all, pioneers DJ Paul and Juicy J recently announced a number of Three 6 Mafia reunion dates taking place in the coming months, a few of which promise appearances from Hypnotize Minds vets like Crunchy Black and Gangsta Boo, among others, along with *checks notes* No Limit Soldiers.

And if you happened to catch the news this past week about Goldenvoice’s upcoming Lovers & Friends, a music festival designed to prompt hip-hop and R&B nostalgia, you may have noticed ATL crunk showman Lil Jon as one of the co-headliners. He’s billed in a trio with Usher and Ludacris, who featured on with him and the East Side Boyz on “Lovers And Friends,” which gives the daylong event its name, and then reunited for “Yeah!” in 2005. A further look at the lineup shows other ways in which Lil Jon’s prior Hot 100 hits could manifest live, seeing that fellow performers Baby Bash, Fat Joe, and T-Pain have all been on his productions in the past.

Even before Deuce’s “Crunk Ain’t Dead” dropped, plenty of other current Southern rap artists had been drawing upon that classic Memphis aesthetic. Travis Scott went and got himself sued by DJ Paul for crossing the line between hero worship and copyright infringement on the Astroworld highlight “No Bystanders,” which bore no small resemblance to “Tear Da Club Up.” (The parties reached a “tentative settlement” last year.) Another Houston representative, Megan Thee Stallion tapped Juicy J as a producer for no fewer than three songs off her 2019 full-length debut Fever, with an additional cut co-credited to Project Pat. The album is peppered with Three 6 Mafia samples and nods, a Hypnotize Minds homage that suits her flows.

What sets Duke Deuce apart from those contemporary artists is his willingness to invoke the word crunk. Call it a novelty single if you must, but everything about “Crunk Ain’t Dead” exudes sincerity and pride. In the music video, he’s turnt enough to be dancing atop the studio equipment, the mixing board now his makeshift pulpit. He’s got the congregation hyped from the sermon and anointed by the plastic gas can full of lean. It’s a veritable crunk revival, to borrow the evangelical definition.

With vocal contributions from Juicy J, Lil Jon, and Project Pat, a remixed version of “Crunk Ain’t Dead” features on Duke Deuce’s brand new mixtape Memphis Massacre 2 for Quality Control. The project comes as part of an aggressive release month for the Atlanta imprint. Two mixtapes—Memphis Massacre 2 and teenage sensation Street Bud’s Back 2 The Lab—dropped over just days apart, the latter arriving scarcely a week after the release of Marlo’s 1st & 3rd. This coming Friday, we’ll see Lil Baby’s My Turn LP, with Migos’ assuredly oversized Culture III likely arriving not long thereafter. One wonders how Deuce can maintain the message when his label seems so eager to move on from this nostalgic moment.

MidaZ The Beast, Where The Sidewalk Ends (buy it / stream it)

When David Ruffin’s pained voice from the Temptations’ classic “I Wish It Would Rain” bursts through the Delle Digga-produced haze of “Forgot (The Edge),” it was hard not to get amped up about Where The Sidewalk Ends. Soon thereafter, MidaZ The Beast’s entrancing weather-beaten mutter emerges, painting lyrical pictures using the materials at hand. The Orlando rapper’s presence makes each track replay-worthy, as befitting the sports metaphors of “Tony Dorsett” or “Craig Sager.” On standout “Gore Tex,” MidaZ and Delle simply outdo themselves.

PSYPIRITUAL & The Lasso, Kirlian (buy it / stream it)

Barely three months since his Chris Orrick team-up and less than a year after his genre-hopping The Sound Of Lasso, the Detroit producer continues his prolific streak with this far out offering. A cultural connection between two borders that don’t touch, Kirlian pairs him with Tucson rapper PSYPIRITUAL. Unconventional, P-Funky freak beat abstractions keep the multifaceted emcee consistently on a rewarding wave, evidenced by “Cesar Llavez” and “Spawn.” The densely packed bars on “Jimi” and “Macrowave” almost cover up the weird beauty of the music underneath.

The power of Griselda’s movement compelled the spotlight to shift onto the Buffalo kids. But with Juno, rapper Che Noir makes it known that her city boasts more talent than just those three dudes signed to Shady. Over brick cold beats by Rochester’s hard working 38 Spesh, she spits with street level knowledge and makes threats that are anything but idle. “Win Lose Or Draw” mixes blunt punchlines and moderate brags, while “Prey” documents her vision with confidence and reflection. The Nas nods in her bars and flows always feel more like homages than facsimilies.

Chicago rapper Verbal Kent is a beast on the mic, a witty and insightful wordsmith who keeps everyone around him on their toes. Beyond his solo outings for Mello Music Group like Anesthesia (2015) and Sound Of The Weapon (2014), he’s a formidable collaborator, spitting alongside Chris Orrick (fka Red Pill) over Apollo Brown’s beats in Ugly Heroes, and most recently trading bars with Recognize Ali in Dueling Experts.

How did working with Recognize Ali on the Dueling Experts album differ from how you've done a collaborative LP in the past, specifically with Apollo Brown and Chris Orrick in Ugly Heroes?

Ali inspired the shit out of me from the moment we first linked up. He hit me, I think, via Twitter a few years back and wanted to work so I checked him out and I was impressed. It’s different when someone reaches out to you and you really feel what they are up to. Anyway we started building and at first I thought it would be a one and done thing, or at least I didn’t know what the future would hold. This guy just kept throwing me shit to rap to, and it was always fresh and always on the level so we just kept it moving. It was kind of reminiscent of the early days when you just did shit for the love and see what happens. Fast forward a bit and we just clicked to a point where we just had to do something bigger.

Apollo has recruited me to merge with Chris from Ugly Heroes, and just put us in the same room. Chris and I connected in a different way—Chris brought out a different side of me, a side that Apollo knew I had and wanted to see shine. With Ali, we kind of automatically connected on a more similar vibe, as it took Chris kind of pushing me to snap out of being only a witty jerk on the mic and looking deeper.

You've been making rap albums for over a decade and a half now, a lot longer than a lot of folks who started out around the same time as you. What inspires or drives you creatively to continue with recording your craft?

I love doing this. I enjoy it or whatever but it’s bigger than that. I am a better version of myself when I’m writing and working. When I neglect the craft or even take it easy with the pen, it shows and people who know me don’t like me as much. Shit, I don’t like me as much. There’s nothing like writing and recording, releasing music and touring it. Nothing. I also am elevating my craft on the regular. I keep getting nicer so i think that’s a factor? If I stink, I wonder if the therapeutic part would still override and keep me on it, or if I’d come to my senses and find another obsession. Who knows. I can’t see stopping though, I’m about to break some records for old guy rap one day.

What do you think the media—entertainment or otherwise—gets wrong about Chicago and hip-hop?

Hard question. Chicago is a segregated place, many worlds close by but not one big one. Mainstream influences come from different parts of these worlds. What is covered in terms of the idea that Chicago is a dangerous rough place is like a super small world. There are people that grew up and survived that world and deserve to talk about it. That makes more sense than the sort of gravitation towards it from folks who know nothing about it. I’ve lived an interesting life here, but I am not from Robbins, where Dwayne Wade is from. I worked with Cold Hard from Crucial Conflict because we had a studio in common, not because I know anything about what side of town he grew up on. The danger I faced growing up was self inflicted. Others didn’t necessarily have that choice. Anyway, Chicago is a special place but you need to find the diversity, or it wont find you. I don’t know that that is a known thing.

Purchase Dueling Experts on CD, vinyl, or digitally via Bandcamp.

I’ve only seen Kid Koala live once, like 20 or so years ago at The Middle East in Cambridge, MA. If I recall right, he was opening for Beastie Boys keyboardist Money Mark. Anyway, the guy comes out onstage with his little turntable setup and a whole mess of vinyl and just proceeds to completely blow my dumb-smart college kid mind with his dexterity and aggression. The records were literally flying, with alarming speed at that. After seeing his short but seismic set, no musician could ever tell me again that DJ-ing wasn’t a high art form.

BEFORE YOU LEAVE: Some of you have asked how you can support #CABBAGES or otherwise pay me money for writing it. In March, I will begin offering a “tip jar” (read: paid subscription option) for those who want to throw a few bucks my way and, in return, receive a couple of extra posts each month. Weekly Sunday posts will remain free, don’t worry. More soon…