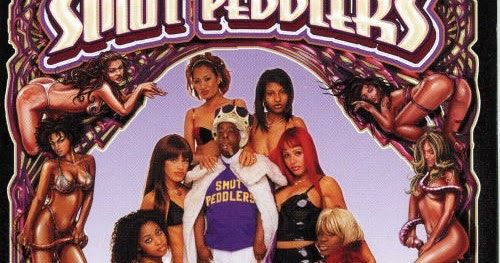 “There's a lot of emcees out right now where I hear their songs and I think in my head, oh, we were doing that in the late ‘90s. There are a lot of rappers today saying the most crazy shit. It's really nothing new, but people are kind of gravitating to it.”

Turns out, I was right. He responded to my note within minutes, keen on my ambitious plan to interview the group’s core members—Cage, Mr. Eon, and DJ Mighty Mi—as well as the Rawkus Records founders and a number of other artists within the label’s orbit around the time of the album’s original Valentines Day 2001 release. My wishlist was long, dotted with names like Apani B. Fly, Copywrite, Kool Keith, and R.A. The Rugged Man, all of whom had contributed to the record. I even sought to talk with Beetlejuice, the unpredictable Howard Stern “Wack Pack” fixture who graced the album’s cover and a handful of its jarring interludes.

Had I succeeded in my efforts, I imagine it would’ve been the kind of piece that defines a writer. Borne out of gonzo fixation on something insularly sophomoric and arguably ephemeral, the subject matter would rise to greatness in spite of itself for having been written about in an intentional manner by yours truly. Those who remembered this album full of explicit extremes would delight in the very existence of courageous music journalism that elevated the work above its predetermined station. Those who didn’t know it before would simply marvel at the historic discovery of a pristine rap fossil and, in reading, grow more and more entranced by the secrets that my writing about it unlocked. Instead, I whiffed it. Like, real bad.

I should stop here to clarify that this was, by no means, my first failure as an oral historian. In 2014, at the gentle goading of a kind editor at Consequence Of Sound, I unsuccessfully attempted to interview The Dismemberment Plan’s Travis Morrison, and a few others, about his 2004 solo album Travistan. Apart from an infamous 0.0 Pitchfork score, the bleak impetus for this tenth anniversary retrospective, it was a record I knew relatively little about before taking on the assignment—indie rock has so rarely ever been my beat. So it stung less than it might’ve for another, more engaged writer when both Morrison and Chris Dahlen, the critic behind the P4K review, declined to speak with me. Needing the money, I cobbled together what I could from a phone interview with one of the Barsuk Records co-founders and stuff I sourced from the internet. That piece got published, under the Harry Potter nodding pun title Prisoner Of Travistan, and I eventually got paid my $150. But apparently I hadn’t learned my damn lesson.

Had I done a bit more research ahead of pitching that Smut Peddlers essay, I would’ve quickly discovered that Cage was on record as having no fondness whatsoever for the whole endeavor. In 2005, he said as much to hip-hop journalist Mosi Reeves in Creative Loafing:

"I definitely regret Smut Peddlers. Smut Peddlers is a joke," says Cage. "Everything on the Smut Peddlers record I wrote in the first 30 minutes. The whole Beetlejuice thing was disturbed. It was Rawkus throwing a disabled person into the group for laughs, as if that was going to do something for us.

It’s little wonder, then, that my already fumbling attempts to reach Cage, on Facebook and through his booking agent, about an album he unambiguously loathed didn’t pan out. I was similarly unlucky in reaching Mr. Eon, which should’ve been my cue to abandon the story altogether. Multiple messages to Rawkus’ Brian Brater and Jarret Myer also went unanswered, more bad omens worth heeding.

Those who did respond to my Smut Peddlers pleas did so with reluctance or complication. R.A. The Rugged Man agreed to talk, but came off deeply dismissive from the jump. “If you want me to badmouth it, I will,” he wrote back. “I have nothing good to say.” Copywrite replied to my email promising “a great story” about the record. We had an awkward weeklong back-and-forth trying to set up a phone call, after which I felt so dejected from the suffocating atmosphere of failure surrounding the piece that I simply stopped gave up.

But before I had the wherewithal to do that, I managed to get DJ Mighty Mi on the line. He gave me about 20 minutes of his time, for which I was—and remain—grateful. He explained how Eastern Conference Records had signed a deal with Rawkus, with the understanding that the first three projects were to be an album from The High & Mighty (a.k.a. him and Mr. Eon), one from Smut Peddlers, and one to be determined later.  “We had the single out, ‘One By One,’ that did pretty well,” he said of the Smut Peddlers 12” that dropped on Eastern Conference in 1998, its performance foreshadowing the Porn Again LP. By his recollection, he’d only met Cage, by way of Bobbito Garcia, earlier that same year.

“I had to find beats that both of the rappers would sound good on,” he explained of producing the Smut Peddlers music out of his home studio, The Muthafuckin Spot On Lexington. “They did have different styles, so it was a challenge.” The result was an album that sounded like some Venn diagrammed sweet spot where ‘70s exploitation soundtracks and DJ Premier met in the middle. He used skits like the ones with Beetlejuice to fill out the track listing, but sought to make the music that accompanied those skits stand on their own. “You'd want to use a really ill sample, so people who are listening to the album would be like, wow, he wasted that beat on a skit.”

I took R.A. The Rugged Man, a hip-hop legend in his own right, up on his offer, hoping that his assuredly candid comments might help salvage the piece. “I was broke. I was getting over being blackballed,” he told me over Skype about how he came to connect with Eastern Conference. “I was in a bad place financially and these guys, they had a lot of money. They were throwing money at all of us.” He took the paying studio work, naturally, appearing on multiple label compilations in addition to Porn Again, though not entirely without reservation. “A lot of my peers would be like, yo, why is R.A. fuckin’ with them dudes?”

Still, R.A. harbored no illusions at the time about what he saw going down. “The rich kids at Rawkus went with the rich kids at Eastern Conference and it was a bunch of rich white kids putting out records with real rappers.” [James Murdoch, son of media mogul Rupert Murdoch, was one of Rawkus’ original backers, having gone to prep school with both Brian Brater and Jarret Myer.] In those years before social media and YouTube made even the most obscure records accessible to anyone interested in hearing them, that choice seemed a relatively easy and safe one. “Some of those verses I did in the '90s where I was desperate, I’d go, yeah, sure. I just dropped that and nobody will give a shit or remember,” he said. “But then the internet comes and any record that you did that you're not proud of, it comes back at you.”

As a listener, it can be devastating to hear an artist you admire trash an album that you like. Hip-hop fandom so often coalesces around artists and labels with an entrenched firmness commonly found in identity or party politics. This applies to Eminem stans and Jay-Z devotees as much as Def Jux and Rawkus heads, who will take just about any opportunity to declare the supremacy of their faves as signifiers of their own exquisite taste. Hearing the people who were involved in Porn Again—a record I not only enjoyed back then but regularly revisited in subsequent years—downplay its value or completely shit all over it hit me hard five years ago. Compounding that impact was the stonewalling and silent treatment I experienced from others who I failed to secure for the piece. As a then-contemporaneous consumer of Howard Stern, Family Guy, and South Park in the early ‘00s, all things I’ve since left behind, these conversations and non-starters left me to wonder if my appreciation for Smut Peddlers was vestigially naive, blindly nostalgic, or, perhaps, just plain wrong.

One thing R.A. is proud of from the period was his directorial debut, the Smut Peddlers “Bottom Feeders” music video. A deliberately non-commercial clip, even the censored version floating around online raises red flags with its debauched, depraved, and debased scenes of chemical excess and sexual exploitation. “We were gonna go [with] degenerate, gross, horrible visuals so the internet will go crazy,” he said, recalling that his extreme ideas met with resistance at every step, a resistance he was more than happy to combat. “No music video was like that out there. I was proud that I was able to do something that's one of a kind.”

Spared of some of the on-camera indignities that both Cage and Eon faced, Mighty Mi retroactively credited R.A. with taking the “Bottom Feeders” directing gig seriously, from the multi-location recording to what he described as an “overly dramatic” process through to the final cut. Above all, he saw the video as fundamentally in line with what Smut Peddlers represented. “Back then, there was a certain amount of shock value in the hip hop we were creating,” he said. “So we thought that that video would be a culmination of that type of style.”

When asked point blank if he regretted having been involved with the Smut Peddlers album specifically and Eastern Conference generally, R.A. deemed it a low point in his career, but ultimately took the whole thing in stride. “There's a million other records that people know me for. They know R.A. is a murderer; he's incredible. When you look back and he's messing around with a couple of white kids on some rich boy label doing some whatever stuff, you know, it is what it is.”

“It was a group that was thrown together a little bit, but I think people were pretty happy with what came out. It was the three of us in our prime.”

Don’t forget to fill out the CABBAGES Reader Survey! I need your feedback! Thanks!