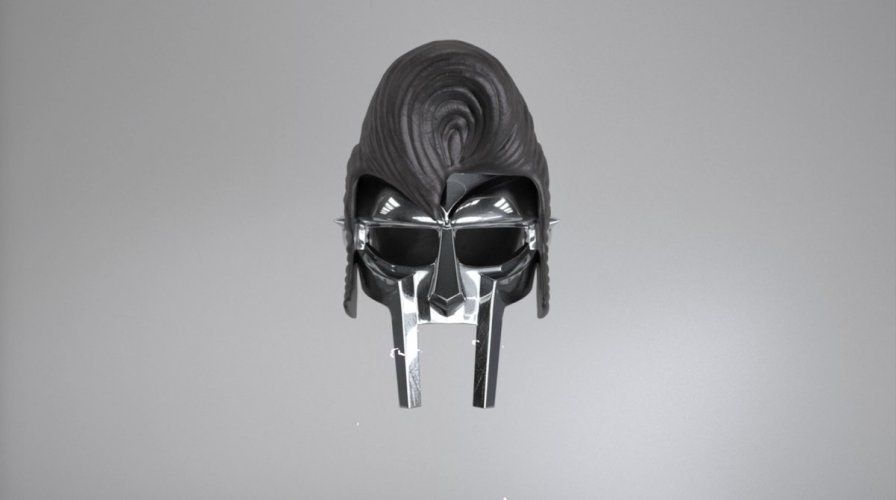 The greatest feat Dr. Dooom ever pulled off was his first. Murdering Dr. Octagon in the opening moments of 1999’s First Come, First Served took the kind of super-villainous cunning and resolve you rarely find outside the madmen and masterminds of comic book universes. Springing a trap and laying in wait, armed with a handgun, it took him less than a minute to take down this would-be rap god who uncharacteristically sniveled his way through the final seconds of his life.

Originally released on Dan The Automator’s Bulk Recordings some three years prior, and then reissued to a wider global audience via Mo Wax, the album dubbed Dr. Octagonecologyst fully brought Kool Keith out of the smoldering wreckage of the forever underrated hip-hop squadron Ultramagnetic MCs. His cred as a solo artist grew substantially with that album and the major label effort Black Elvis/Lost in Space. Though he still dropped albums under his earlier moniker, specifically the vicious Matthew and the raunchy Sex Style, he seemed enamored of the artistic freedom afforded to him through pseudonyms in the mid-to-late 1990s, as Octagon, as Black Elvis, and, indeed, as Dr. Dooom.

Keith killing off his popular persona only to usurp it with another then-unproven one runs decidedly counter to how rappers tend to operate. Name changes in hip-hop typically amount to little more than short-lived promotional stunts (Snoop Lion, anyone?) that, if not completely abandoned, end up more or less interchangeable with their better-known ones (see: Gucci Mane/Guwop, Ol’ Dirty Bastard/Dirt McGirt/Big Baby Jesus). But for Keith, the Dr. Octagon brand had all the hallmarks of a commercial cash cow, depending on how much an indie rapper could milk it for, 25 years ago. Whatever prompted him to unexpectedly and unilaterally orchestrate the character’s assassination, the act of introducing Dr. Dooom in the process encapsulates the uncommon brilliance of Keith’s avant-artistry.

As many of us continue to mourn MF DOOM, it’s been hard for me to keep from also thinking about Kool Keith. Generationally connected, in hip-hop and otherwise, the two men first made their names as members of New York-centered groups, with KMD’s Mr. Hood less than three years removed from Ultramagnetic’s 1988 debut album Critical Beatdown and only about a year prior to Funk Your Head Up. When those ensembles ended, albeit under very different circumstances, both men subsequently launched successful solo careers marked by esoteric, seemingly eccentric choices that made them respectively singular and singularly respected.

Geography and chronology alone makes them at least aware of one another, but there’s one other commonality that unquestionably binds them. For a brief window of time, Dooom and DOOM were ostensibly labelmates. Bobbito Garcia’s Fondle ‘Em Records essentially launched with a 12” from The Cenobites (sometimes misspelled as Cenubites), Keith’s collaboration with his erstwhile Ultramagnetic producer Godfather Don. A couple of years later, the label put out the first MF DOOM 12”, the one with “Dead Bent,” “Gas Drawls,” and “Hey!” that set the stage ‎for the Operation: Doomsday LP.

As such, when Dr. Dooom’s debut single “You Live At Home With Your Mom” arrived on 12” in 1999 on Keith’s Funky Ass Records, he assuredly knew about MF DOOM’s existence. (Many years later, in true combative Keith form, he would go so far as to take credit for it, and Outkast and Rawkus, on his track “Stephen King.”)  First Come, First Served and Operation: Doomsday came out within a month of one another, the latter technically preceding the former. And though these are, in almost every way, vastly different albums, they bind these two personas together and formally mark the deaths of two others—Dr. Octagon and Zev Love X. It would take another 17 years before Keith and DOOM got on an officially released track together, the ironically named Feature Magnetic single “Super Hero.”

With 2020’s Purple Moonlight Pages marking one of the best yet from the artist formerly known as milo, the ex-Hellfyre Clubber continues his poetic rap winning streak with a homage of sorts to a Black Beat(nik) great. Even those unfamiliar with the talent of the late Bob Kaufman, or Amiri Baraka or Gregory Corso or Ted Joans et al., will find bob’s son a heady hip-hop listening experience, ebbing and flowing between—and in the case of the switched-up “redguard snipers,” within—each track. Quotes from other jazz-informed poets of Kaufman’s time mingle with R.A.P. Ferreira’s own dextrous wordsmithing on “Listening” and the RZA-nodding “bobby digital’s little wings,” bibliographic clues that allude to a shared legacy.

Like anything that springs forth from the Richmond, VA-centered collective, the latest Scheme Team outing does not disappoint. Unlike last year’s Thug Tear team-up, the duo eschew the Gray Matter and Unlucky Bastards beats for ones by Big Kahuna OG himself. Over the slow Screw-y creep of “Banana Pudding” and the metropolitan boom of “Bite Ya Bitch,” both rappers put in work. In the rare instances when they’re not trading verses, they’re helming their own tracks, with Monday Night reverberating unabated over “Colossus” and Kahuna flowing with predatory persistence on “Shark Body.” Crewmate 3WaySlim joins in for “3WayPhoneCall,” a bass warped wobbler that lets each emcee show off their respective qualities and quirks.

After an off kilter opener, Austin rapper Mama Duke calls out the local latecomers in her city with layered wordplay on “Ghost.” Based off the merits of Ballsy, she need not worry too much about the fate of those eating her proverbial dust. Scarcely a half hour long, she makes a concise case for her seemingly inevitable underground stardom with a curt confidence on the authentic yet accessible cuts “Mad” and “Never Coming Down.” Contributing to this well-played balancing act is Cody Kimb’s unobtrusively effective production, which leans towards the trap pop side of things and, thus, complements the hooky repetition of “Get Off My Dick” and the Schwarzenegger sampling “Found A Way.”

With the prolonged American nightmare of white nationalism making itself heard and known, most recently in the halls of the United States Capitol, I’m reactively careening in the opposite direction for guidance. And without fail, Paris’ 1990 LP The Devil Made Me Do It delivers a revolutionary gut punch with its Black Power salute. Though certain parts of the archival Nation Of Islam imagery in the video for “Break The Grip Of Shame” may discomfit some, it nonetheless offers an important reminder that the outright racist hatred that fueled this past Wednesday’s riotous coup attempt has met righteous opposition before—and no doubt will again.

See you next time. Don’t forget to fill out the survey!